Health savings accounts don’t require medical treatments to be safe or effective for consumers. This leads to taxpayer-supported quackery. 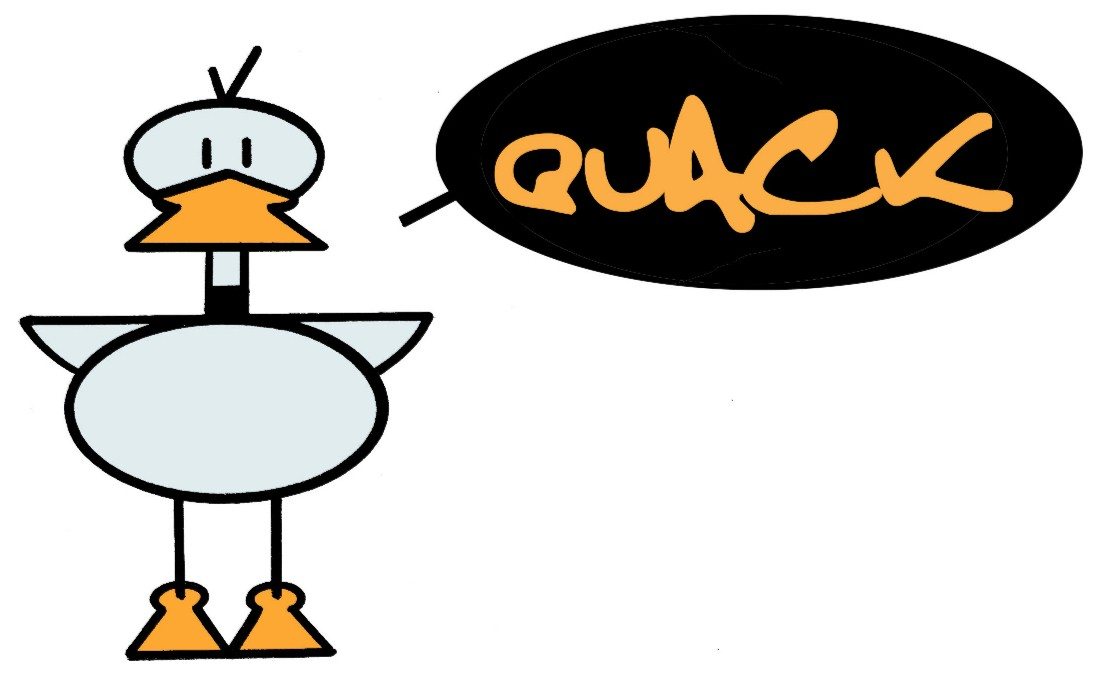 Health savings accounts (HSAs) were a small share of the health care insurance market when I first wrote about HSAs and quackery a little over a year ago. They still are, but Republicans hope all that will change when they “repeal and replace” Obamacare with Trumpcare. HSA expansion is part of almost every GOP replacement plan under consideration, including the current frontrunner, the American Health Care Act.

Under current law, HSAs are paired with high-deductible health insurance policies. Consumers make tax-free contributions to their HSAs and the money grows tax-free. Consumers pay the full cost of medical care out of their HSAs until the deductible is met, although some preventive services, such as vaccines and screenings, are exempt from this requirement. No tax is paid on the distributions from the HSA either, giving the taxpayer a triple benefit.

Trumpcare keeps these basics in place, but increases the annual contribution limit from $3,400 for individuals and $6,700 for families to $6,550 and $13,000 respectively. It will allow use of HSA funds to purchase OTC drugs without a health care provider’s prescription, which is currently required.

According to a recent Kaiser Health News story, the conservative principle behind HSAs is that consumers should have more “skin in the game” when they purchase health care services and products. If consumers can both save money tax-free for health care costs and then decide when to spend that money, they will make smarter choices, which will eventually slow rising health care costs.

‘It makes people more conscious that the health care they are getting is being paid for with real dollars and not coming out of the ether,’ said Joe Antos with the American Enterprise Institute.

Actual experience with HSAs, which were introduced in 2003, shows that overall spending on medical care does go down, but not necessarily for good reasons. In the first year or two, HSA holders cut back on everything, including screening exams and other preventive care that could reduce expenses in the long term, even when these were exempt from the deductible. ER visits went up.

It is disturbing that HSA holders are making bad choices by eschewing good health care. My concern is that, without the limitations imposed on their choices by traditional health insurance, they will make worse choices by opting for bad health care.

Their data is a decade old, but, according to the NCCIH, Americans spend about $34 billion a year out-of-pocket on “CAM,” but how the NCCIH defines “CAM” is unreliable (due to rebranding “conventional” modalities as CAM) and highly variable. CAM practitioner visits comprised almost $12 billion of this. In 2014, there were $37 billion in dietary supplement sales. According to the FDA, Americans spend about $3 billion dollars a year on homeopathic remedies.

All of this indicates to me that, left to their own devices, Americans do not make smarter choices when they have “skin in the game.” Given a pot of money that is a “tax-break trifecta,” why would they do any better?

And about that “ether” the American Enterprise Institute spokesperson mentioned. When consumers make their own choices, they are free to ignore the evidence. When the “ether” is calling the shots, not so much.

To give credit where it’s due, the “ether” (otherwise known as public and private health insurers) performs an important service in keeping costs down by refusing to cover tests and treatments that aren’t backed by sufficient evidence of effectiveness, including outright quackery, at least most of the time. Consider, for example, this partial list of exclusions from Aetna’s health insurance coverage for CAM, which, incidentally, reads like standard orders for a naturopathic “physician”:

Aetna also excludes from coverage much of what chiropractors and acupuncturists offer (although, in my view, they are being overly generous), as well as Burzynski’s “antineoplastons” treatments.

I fear HSAs, which are poised for “millions more customers” now that Republicans are in control, will make it much easier to pay for, at best, tests and treatments that have insufficient evidence of safety and effectiveness, and, at worst, outright quackery, for two reasons: first, the loose standards for qualified medical expenses and, second, nobody’s checking anyway.

HSAs can be used to pay for “qualified medical expenses,” which are defined by the IRS using the same rules as if you were taking a deduction for unreimbursed medical and dental expenses. “Medical expenses” include:

the costs of diagnosis, cure, mitigation, treatment, or prevention of disease, and the costs for treatments affecting any part or function of the body. These expenses include payments for legal medical services rendered by physicians, surgeons, dentists, and other medical practitioners. They include the costs of equipment, supplies, and diagnostic devices needed for these purposes. Medical care expenses must be primarily to alleviate or prevent a physical or mental defect or illness. They don’t include expenses that are merely beneficial to general health, such as vitamins or a vacation.

According to the IRS, in addition to physicians and dentists, chiropractors and Christian Science practitioners are specifically included, so there is no question that “medical expenses” incurred by their patients are eligible for payment via an HSA. Acupuncture is included among permissible treatments, but it is unclear who makes the call on whether it’s an eligible medical expense.

The phrase “payments for legal medical services rendered by . . . other medical practitioners” in the IRS’s rules at least implies that naturopaths, homeopaths, acupuncturists and TCM practitioners are covered in states where they are regulated if they have the legal authority to diagnose and treat. Unfortunately, via the magic of Legislative Alchemy, diagnosis and treatment is, to my knowledge, legal in all states where these practitioners are licensed or registered. (Exception: Mississippi acupuncturists.)

Companies offering HSAs take differing views on the scope of CAM eligible for payment via an HSA. (For a fee, these companies manage the money in your HSA and provide a debit card or on-line account for disbursements.) HSA for America advises potential customers that:

Only health insurance policies that allow to [sic] you open a health savings account give you tax deductions to offset the cost of therapies not covered by traditional health insurance. You can use HSA funds for acupuncture, aromatherapy, Ayurvedic Medicine, homeopathy, nutritional consulting, and Traditional Chinese Medicine (TCM), among other therapies. It is good to be in control of your own healthcare, as much as possible. Having money in an HSA provides some of this healthcare freedom.

Conexis, one of the largest HSA providers, is more cautious, saying that alternative healers, foods, herbs, dietary supplements and visits to naturopaths are “potentially” covered if you “retain additional supporting documentation proving medical need for the service or product.” The FSA Store, another provider, takes the position that homeopathic remedies can be paid for out of an HSA if a physician signs a Letter of Medical Necessity. Principle Financial Group says that homeopathic remedies and “supplements prescribed by alternative providers (i.e., Naturopath, Acupuncturist)” are usually not covered under an HSA.

Aetna, on the other hand, says that acupuncture is eligible only “when recommended by a health care professional for a medical condition.” As for “alternative providers,” Aetna takes the position that:

Questions about use of HSA funds for dietary supplements and homeopathic remedies would be cleared up by a bill sponsored by (surprise!) Sens. Orrin Hatch and Marco Rubio. They’ve reprised their legislative effort from last year with a bill allowing up to $1,000 worth of dietary supplements and homeopathic remedies to be paid for out of your HSA, no questions asked. (S. 403; companion bill: H.R. 277) The bill also allows purchase of exercise equipment, whether you use it or not.

Money in your HSA can be used to pay for qualifying medical expenses, including medical appointments with your naturopathic doctor, lab tests, prescribed supplements, over-the-counter products, and other medically necessary prescribed services (for instance, massages for back pain). Some HSAs provide a debit-like card, others require you to submit receipts for reimbursement. You may ask your [naturopathic] doctor for a Letter of Medical Necessity detailing your dietary supplement prescriptions for reimbursement.

The IRS itself and the courts appear to take an expansive view of what constitutes legitimate medical expenses as well, even where there is lack of proven effectiveness. There is no reason to believe they would apply a different standard for HSAs. According to a CHILD (Children’s Healthcare is a Legal Duty) newsletter:

Since the 1950s the IRS has allowed bills sent by Christian Science practitioners for their prayers to be deducted from federal income tax as medical care expenses. . . . In 2000, the IRS wrote that the “experience, qualification, or title” of the person rendering the services is irrelevant to whether they are allowed as a deductible medical care expense. Whether anyone besides the person paying for the service thinks it is medical is also irrelevant. . . . Thus, the only real criterion was that the person paying for the service believes its primary purpose is to heal, prevent, relieve, or diagnose disease. If the customer believed that, then the service was deductible medical care.

Courts have ruled that treatments by a naturopathic doctor (consultation and dietary supplements), were deductible as medical expenses, as well as Navajo “sings,” and “holistic” cancer treatments. The fact that these were not prescribed by a medical doctor was deemed irrelevant.

That is bad enough where medical expense deductions are concerned, but cases are rare because taking the deduction requires an outlay of greater than 10% of your adjusted gross income for most people. HSA distributions for medical expenses, on the other hand, can be for any amount.

Given this liberal interpretation of “medical expenses” and the utter lack of any requirement in the law creating HSAs that diagnoses and treatments be evidence-based (or even safe, for that matter), HSAs appear ripe for exploitation by quacks and charlatans, especially if the number of HSA holders increases according to the current Congress’s desires.

Of course, there is always the possibility that the IRS will disagree with your claim, but who’s keeping track?

The only reporting required for HSAs is filing a form with your income tax return showing the total amount you spent on “qualified medical expenses”. No documentation or other explanation is required. Only if your return is audited by the IRS will the veracity of your medical expenses possibly be questioned, necessitating your providing supporting documentation.

But fewer than 1% of individual tax returns are audited. Chances of being audited are 1-in-119, and falling due to existing budget cuts, which are only going to get worse if the current administration has its way. If your return doesn’t include income from a business, rental property, or a farm, or business expense deductions or earned income credit, the chance of being audited drops to about 1-in-330.

In other words, your conventional insurance policy isn’t going to pay for that Myer’s cocktail or Gerson therapy, but if you pay for it with funds from your HSA, there’s little chance you’ll be challenged by the IRS, either because you won’t get audited or the IRS (and the courts) agree these are legitimate medical expenses. Either way, it’s a loss for consumers and taxpayers.