Featured There is really nothing super about Antibiotic Resistant Gonorrhea
Tweet DAVID H. GORSKI, MD, PhD, FACS is Professor of Surgery and Oncology at the Wayne State University School of Medicine, a surgical oncologist at the Barbara Ann Karmanos Cancer Institute specializing in breast cancer surgery, and faculty in the WSU Graduate Program in Cancer Biology. An investigator whose primary research interests include the role of glutamate receptors in promoting the growth and metastasis of breast cancer, Dr. Gorski also runs an active research laboratory and has recently taken an active interest in the problems of breast cancer overdiagnosis and overtreatment. Over the last 20 years, his research has been funded by the NIH, the Department of Defense, the Conquer Cancer Foundation of ASCO, and others, and been published in prestigious journals such as Cancer Research, Clinical Cancer Research, Blood, Nature Reviews Cancer, and Nature. Additionally, he has served as co-director of the Michigan Breast Oncology Quality Initiative (MiBOQI), a statewide quality consortium dedicated to improving the care of patients with breast cancer in Michigan.

Dr. Gorski first became interested in pseudoscience and “alternative” medicine around 2000, when quite by accident he wandered into the Usenet newsgroup misc.health.alternative and began critically examining the claims there.

A note for potential patients Googling for information about Dr. Gorski

Because of his criticism of pseudoscience and quackery on Usenet, online discussion forums, and blogs over the last 18 years, Dr. Gorski has angered some supporters of dubious health practices and pseudoscience. As a result, there are a number of articles and posts online that repeat misinformation and outright lies about him. (A list of examples can be found here.)

Examples of the campaign of vilification over the last 21 years clearly designed to try to silence Dr. Gorski include an accusation of pedophilia by neo-Nazis for his work debunking Holocaust denial, a reference to him as being a “nipple ripper” by a man named Patrick “Tim” Bolen, and a false accusation in 2010 of a nonexistent conflict of interest by an antivaccine website that led to a campaign on the part of antivaccinationists to try to get him fired from his job, as documented here. False claims that he is secretly a shill for the pharmaceutical industry (known as the “pharma shill gambit”) are frequently used to try to discredit him. 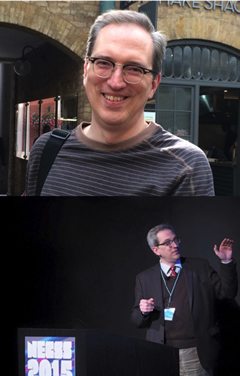 Last year, in response to Dr. Gorski’s criticism of an antivaccine movie directed by Andrew Wakefield and supported by Robert De Niro, Mike Adams, founder of the NaturalNews.com “alternative health” online empire, resurrected the false 2010 charge of an undisclosed financial COI and written a series of screeds (included in the list) making false accusations against him, claiming, for instance, that he sabotaged the entry for the movie on Wikipedia (he does not edit Wikipedia) and being in cahoots with a corrupt oncologist (Dr. Farid Fata) who bilked Medicare out of millions and gave chemotherapy to people who didn’t have cancer. Adams has posted fake patient reviews and even claims to have reported Dr. Gorski to the FBI, Michigan Attorney General, and his state medical board. Worse, in doing so, he has made similar allegations against his cancer center in an effort to pollute its Google reputation along with Dr. Gorski’s. These allegations were answered here and discussed here.

Dr. Gorski is dedicated to the best science- and evidence-based treatment of breast cancer that is currently available. If you want evidence of his commitment to providing patients with the best science-based care, look no further than his career, his position in a statewide quality consortium, and his standing up to the bullies on the Internet who want him silenced.

Dr. Gorski has been funded over the last decade by institutional funds, the Department of Defense, the National Cancer Institute, the Conquer Cancer Foundation of ASCO, and the Breast Cancer Research Foundation. He has recently held a small grant (€30,000) from Bayer HealthCare through its Grants4Targets program, a fact that will no doubt bring forth more criticism. Never mind that the grant expired in 2012. Before that small seed grant, so bereft of pharmaceutical funding was Dr. Gorski that before his talks, as part of his disclosures, he often joked that no pharmaceutical company was interested enough in his research to want to give him any money. For everything else, however, like most biomedical scientists in academia, Dr. Gorski must beg the NIH and other granting agencies for the money to keep his lab going. Currently, Dr. Gorski’s research is funded by the Department of Defense Breast Cancer Research Program with two-year Breakthrough Award expiring in 2017.

Dr. Gorski’s opinions are his alone (and other disclaimers)

Because he is still a working academic surgeon and researcher (and hopes to remain so until he retires, which means—hopefully—for another 15 years or possibly even more), Dr. Gorski must emphasize that the opinions expressed in his posts on SBM are his and his alone and that all blog posts for SBM and elsewhere are written during his own time during evenings and weekends. Also note that e-mail relating to SBM sent to either of his work addresses will most likely be ignored. Dr. Gorski’s opinions on ScienceBasedMedicine.org are most definitely not intended to represent the opinions or positions of Wayne State University School of Medicine, his department, or the Barbara Ann Karmanos Cancer Institute and should never, ever be construed as such. He doesn’t know how he can make this statement any stronger. Finally, his writings are for the purposes of commentary and general education only and are therefore not meant to be used as specific health care recommendations for individuals. Readers should consult their own personal physicians for advice regarding specific health problems or issues that they might have.

A Word document with links to all of Adams’ posts thus far can be found here.

Appendix 2: Who is Mike Adams?