NextGenomic testing at your pharmacy: Ready for prime time?
ChiropracticScience and Medicine 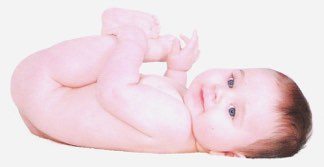 My article “Pediatric Chiropractic Care: The Subluxation Question and Referral Risk” was published in the 2016 February issue of the journal Bioethics. The abstract summarizes the message of the article:

Chiropractors commonly treat children for a variety of ailments by manipulating the spine to correct a “vertebral subluxation” or a “vertebral subluxation complex” alleged to be a cause of disease. Such treatment might begin soon after a child is born. Both major American chiropractic associations─the International Chiropractic Association and the American Chiropractic Association─support chiropractic care for children, care that includes subluxation correction as a treatment or preventive measure. I do not know of any credible evidence to support chiropractic subluxation theory. Any attempt to manipulate the immature, cartilaginous spine of a neonate or a small child to correct a putative chiropractic subluxation should be regarded as dangerous and unnecessary. Referral of a child to a chiropractor for such treatment should not be considered lest a bad outcome harms the child or leads to a charge of negligence or malpractice.1

The first objection to my article came in a January 30 Facebook posting by Milehighchiro, a subluxation-based group:

Subluxation Denier Sam Homola DC just had a paper published in the journal Bioethics where he contends that children should not undergo chiropractic care and that subluxations do not exist.

Thankfully, because of the work of the ICPA [International Chiropractic Pediatric Association] there is a rich literature base supporting chiropractic care for children that can be used to respond to this garbage…. If we lose the ability to adjust people of all ages because subluxations in and of themselves are detriment to health. Period. We completely lose our profession.

The web site of the International Chiropractic Association’s Council on Chiropractic Pediatrics provides links to chiropractic journal abstracts that support subluxation-based chiropractic treatment for a great variety of a childhood ailments, such as otitis media, asthma, allergies, infantile colic, and enuresis.3 A 2015 survey of North American chiropractic students revealed that the majority of students would like to see an emphasis on correction of vertebral subluxations.4 Such commonly-accessed sites as YouTube are replete with disturbing videos of chiropractors manipulating the spine of a baby to correct alleged subluxations, either as a preventive measure or as a treatment for an aliment of some sort.

When British author Simon Singh stated in an April 19, 2008, issue of the Guardian that the British Chiropractic Association’s (BCA) claims that chiropractors can help treat children with “colic, sleeping and feeding problems, frequent ear infections, asthma and prolonged crying” were bogus, he was sued for libel by the BCA. The BCA was unable to present adequate scientific evidence to support chiropractic treatment for children. Nineteen citations presented by the BCA as scientific evidence supporting chiropractic treatment for children were analyzed in a 2009 article in the British Medical Journal and found to be deficient in proof that chiropractic is an effective treatment for children.6 The suit was withdrawn in 2010 when the court ruled that Singh’s comments were legally permissible as “fair comment.”7

Research findings by subluxation-based chiropractors who describe a mysterious and undetectable “vertebral subluxation complex” alleged to be a cause of disease have little credibility and do not have enough testable substance to be replicated by properly controlled studies. (Without factual support, chiropractic subluxation theory is considered to be more a belief than a testable hypothesis.) The bias of chiropractic researchers who assume that the vertebral subluxation theory is valid does not lend to production of a scientifically accurate study. For this reason, research published by subluxation-based chiropractors is generally ignored by mainstream health-care professionals.

It is, of course, ludicrous to claim that an ICPA-certified “pediatric chiropractic physician” can compete with a medically-trained, board-certified pediatrician who spends thousands of hours in classrooms and hospitals preparing to provide primary care for children. Pediatric medicine has been divided into 19 subspecialties, requiring additional training in the diagnosis and treatment of health problems that are different from those of an adult. A solo chiropractor, subluxation-based or not, cannot offer any pediatric treatment of value that is not better provided by a pediatrician.

Spinal manipulation or subluxation correction has not been demonstrated to be an effective treatment for any pediatric ailment, and there is reason to believe that manipulating the immature spine of a child might result in occult injury or fracture of synchondrosial ossification centers.9 Such injuries could conceivably result in the development of a pre-adolescent spinal deformity such as scoliosis or Scheuermann’s kyphosis, speculations that are certainly worth considering. The possibility of epiphyseal injury coupled with the absence of any known benefit is reason enough to advise against the use of spinal manipulation in the pediatric (preadolescent) population.

A real subluxation (a partial dislocation), which sometimes occurs in the fragile upper cervical spine of a baby or an infant, should be treated by an orthopedic specialist, not by a chiropractor. The anatomy of the developing cervical spine of a small child predisposes the child to injury that can be caused by manipulation as well as by accidental trauma.

My impression from reading the literature is that most spinal injuries in children under 8 years of age occur in the cervical spine, most often involving the top two cervical vertebrae.9 Chiropractors who treat babies often manipulate a baby’s atlas, the uppermost vertebra, which they believe is commonly subluxated by the birthing process.

The specific focus of chiropractic practice is known as the chiropractic subluxation or joint dysfunction. A subluxation is a health concern that manifests in the skeletal joints, and, through complex anatomical and physiological relationships, affects the nervous system and may lead to reduced function, disability, or illness. (Practice Analysis of Chiropractic 2015)10

When I see a chiropractor palpate the fat-padded, cartilaginous spine of a baby and then proceed to adjust a subluxation, I suspect that the chiropractor is pretending to have found a subluxation and then pretends to manipulate the spine. If the chiropractor is convinced that a subluxation has been found in the baby’s spine, use of a thrust-type manipulative technique dictated by subluxation theory may result in injury that is not detectable, such as a fracture in a radiolucent ossification center. Pediatric chiropractors who simply use finger-tip pressure or a spring-loaded stylus in a misguided attempt to tap a vertebra into alignment may not injure the baby, but such pretentious care can certainly delay appropriate treatment by misinforming the parents of the child.

Despite lack of scientific support for subluxation theory, the chiropractic profession continues to endorse subluxation correction as a valid method of treating a variety of childhood ailments. According to the National Board of Chiropractic Examiners, “Chiropractic management of childhood disorders primarily consists of adjusting concomitant spinal subluxations and providing specific nutritional advice and/or support and other palliative measures.” (Practice Analysis of Chiropractic, 2015)10

It is apparent that chiropractic treatment of children, including babies, is a common practice based on the well-entrenched, scientifically indefensible chiropractic subluxation theory. The International Chiropractic Association’s Council on Chiropractic Pediatrics advises that “Chiropractic care can never start too early.”11

It does not appear that chiropractic care for children is opposed by legislation or by chiropractic academia. For this reason, science-based health-care professionals, including chiropractors, have a moral and ethical responsibility to question the practice of chiropractors who manipulate the spine of a baby or a preadolescent child for any reason, especially those chiropractors who advocate subluxation correction as method of treating and preventing childhood ailments.

Note: Unreferenced statements represent my own views and opinions. While I advise against manipulating the spine of a neonate or a preadolescent child, I have no problem with appropriate use of spinal manipulation as an option in the treatment of uncomplicated mechanical-type back pain in adolescents and adults. Sam Homola is a retired chiropractor who has been expressing his views about the benefits of appropriate use of spinal manipulation (as opposed to use of such treatment based on chiropractic subluxation theory) since publication of his book Bonesetting, Chiropractic, and Cultism in 1963. He retired from private practice in 1998. His many posts for ScienceBasedMedicine.org are archived here.