NextAnswering Our Critics, Part 1 of 2
Science and Medicine

While Big Pharma has been accused of inventing diseases, alternative medicine is the real champion of this practice. Compromised immunity can lead to overgrowth of the fungus Candida albicans, but this doesn’t happen in people with intact immune systems, and it doesn’t lead to the vague, unrelated symptoms described as “systematic candidiasis” by alternative medicine proponents. 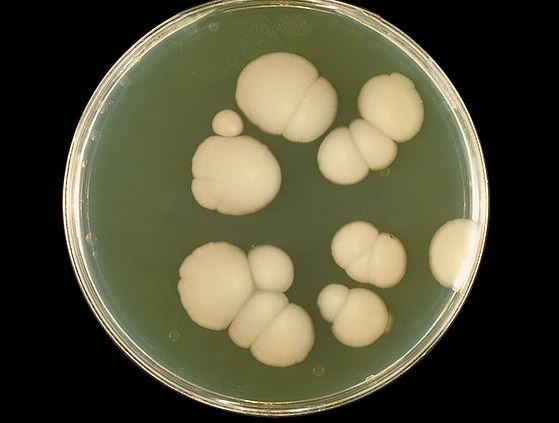 Savvy consumers have learned over the years that the primary goal of marketing is to create demand for a product or service. This has risen to the point of inventing problems that do not really exist just to sell a product that addresses the fake problem. Who knew that my social status could be destroyed by spotty glassware?

Better yet, if you can make people worry about a nonexistent problem, something that they were not previously aware of and don’t understand, they might buy your solution just to relieve their worry.

This type of “artificial demand” marketing can be very insidious when it occurs with medical products and services. The pharmaceutical industry has been accused of generating artificial demand for some of their drugs. For example, osteopenia is a relative decrease in bone density, but not enough to qualify for osteoporosis. Osteopenia is not really a disease, or even necessarily a mild version of osteoporosis, although it is a risk factor. Merck, however, was happy to broaden the market for its drug for osteoporosis and argue that patients with osteopenia should be treated also, even though the evidence really did not support this.

Sometimes the accusations are flat-out wrong. GSK has been accused of inventing restless leg syndrome (RLS) to sell a failed Parkinson’s drug. In fact the drugs used for RLS are successful Parkinson’s drugs. Further, I found references to RLS in neurology texts going back over 50 years, and there were even older references although not using the same name.

I don’t think the pharmaceutical industry invents new diseases. It seems that they do try to extend the market for their drugs into milder and milder indications, spreading into the gray zone of evidence, but they don’t get to invent their own diseases.

Those who practice medicine outside the constraints imposed by science (and ethics), however, are not above inventing imaginary diseases and conditions out of whole cloth.

One popular fake illness is chronic candidiasis. Candida albicans is a fungus that colonizes about 90% of the population (meaning it is present in the body but not causing an infection or any problems). It can, however, become an infection, usually at times of stress or immunocompromise. The most common manifestations are thrush (a superficial Candida infection in the mouth) and vaginitis, also commonly referred to as a yeast infection.

Candida can also rarely cause serious systemic infection, but this is mostly restricted to those with compromised immune systems, such as patients undergoing chemotherapy or with advanced AIDS.

Candida became the focus of a fake illness beginning in 1986 with the publication of The Yeast Connection by Dr. William Crook. In this book Crook proposed the idea that systemic candidiasis, or Candida hypersensitivity, was responsible for a host of common conditions and non-specific symptoms, such as fatigue, sexual dysfunction, asthma, and psoriasis.

Over 25 years later Candida hypersensitivity remains an unproven claim, but popular among “alternative” practitioners. The claims have also spread, unhindered by logic and evidence. For example, in a 2009 article in The Huffington Post, Kim Evans claims:

First, an estimated 90 percent of the population has a problem with candida overgrowth, although most don’t know it. And second, candida overgrowth can be the root cause of literally hundreds of different problems in the body.

It’s also fascinating that an oncologist in Rome, Dr. Tullio Simoncini, says that cancer is a fungus and actually an advanced form of candida overgrowth.

There is absolutely no science behind the claim that 90 percent of the population “have a problem with candida” or that Candida causes cancer, or that cancer is actually a fungal infection.

Of course, fake illnesses require fake treatments, and they are numerous for Candida. One such example, ZapCandida, claims:

Fungus is the silent killer that robs you of your life-force, controls how you feel, and even how you think, this website will not only help you understand what fungus, Candida Albicans among others, and its relation to severe skin-issues, it will introduce you to a little known method to heal yourself by reclaiming your Immune system.

They don’t say what their treatment actually is – it sounds like some type of supplement with lifestyle advice to avoid Candida.

While there is precious little in the published literature about Candida hypersensitivity, the American Academy of Allergy, Asthma and Immunology did review the claims and evidence and concluded:

I could only find a single double-blind placebo controlled trial of treatment for Candida hypersensitivity, which found:

In women with presumed candidiasis hypersensitivity syndrome, nystatin does not reduce systemic or psychological symptoms significantly more than placebo. Consequently, the empirical recommendation of long-term nystatin therapy for such women appears to be unwarranted.

Dr. Crook himself conducted no research to demonstrate the claims he made in his popular book. He essentially bypassed research, peer review, and scientific consensus and went straight to public promotion.

Candida hypersensitivity is an implausible syndrome, simply another “one cause of all disease” alternative claim. Such claims are useful only for generating demand for fanciful and worthless treatments.