The Walsh Institute offers the Walsh protocol for the nutritional treatment of mental illness. This “orthomolecular psychiatry” is not supported by any clinical studies. 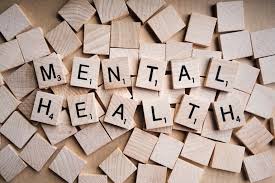 You can use the words in Scrabble, but claims to produce mental health with nutrition don’t hold up to scrutiny.

The Walsh Institute, founded by William J. Walsh, is “dedicated to unraveling the biochemistry of mental disorders and development of improved clinical treatments through scientific research and medical practitioner education”. It aims to bring advanced biochemical therapy to patients with ADHD, schizophrenia, bipolar disorder, anxiety, clinical depression, behavior disorders, autism, and neurodegenerative disorders. These goals sound very worthy, but they have produced no credible clinical studies to evaluate the efficacy of their recommendations. The Walsh protocol is basically just an updated version of a decades-old questionable approach called orthomolecular psychiatry. It is gussied up with recent science, with references to epigenetics, heavy metal overloads, and methylation. It might impress some readers as cutting-edge science but is really little more than lipstick on a pig.

In the world of alternative medicine there is a widespread belief that all disease can be prevented or cured by simply eating the right diet. That simply is not true. There is a grain of truth: the risk of developing some diseases can be reduced (not totally prevented) by eating a healthy diet (cardiovascular disease, diabetes, etc.). The risk of developing some cancers can be reduced through diet; but once the cancer has developed, diet won’t make it go away.

The Walsh Institute website cites Pfeiffer’s Law: “For every drug that benefits a patient, there is a natural substance that can achieve the same effect.” That’s not a law, that’s just wishful thinking. They advise treatment by a licensed practitioner experienced in the therapeutic use of vitamins, minerals, amino acids, and essential oils. (Yes, essential oils!)They disparage drugs because drugs cause side effects. They say “nutrient therapy may gradually replace psychiatric drugs as the treatment of choice for mental illness.” That’s also just wishful thinking, and to my mind is so unrealistic that it borders on the delusional.

most humans have nutrient imbalances due to genetic and environmental factors, and these imbalances can cause mischief in various ways: (1) serotonin, dopamine, and other key neurotransmitters (NT’s) are continuously produced in the brain from nutrient raw materials that may be at improper concentrations; (2) nutrient imbalances can alter epigenetic processes that govern NT activity at synapses; (3) deficiency in antioxidant nutrients can cripple the brain’s protection against toxic metals …

The Walsh Institute claims to understand and be guided by the biochemical individualities of each patient and to benefit them by:

Can they do what they claim? The limited available evidence suggests not. For instance, a randomized double blind controlled trial in 1999 found that vitamin therapy improved serum levels in schizophrenic patients but had no effect on symptoms or behaviors. There are some suggestive studies, but they are small and poor quality. The references listed in the “Research” section of the Institute’s website include unpublished speculations, PowerPoint presentations, a few published studies authored by Walsh (impossible to interpret because they had no control group), basic science information, irrelevant information, but no controlled clinical studies.

The approach uses unorthodox forms of individualized testing and diagnosis to attempt to establish an etiology for each patient’s specific symptoms, and claims to tailor the treatment accordingly, using a combination of nutrients, dietary changes and medications that are claimed to enhance quality of life and functionality as well as to reduce or eliminate symptoms and the use of xenobiotic drugs. Orthomolecular psychiatry has been rejected by the mainstream medical community.

Orthomolecular medicine is critiqued on Quackwatch. It originated in the 1950s when psychiatrists started adding vitamin B3 and other nutritional therapies to their treatments of severe mental problems. Dr. Stephen Barrett, the owner and driving force of Quackwatch, cites a special American Psychiatric Association task force which produced what he calls “probably the most strongly worded statement ever published by a scientific review body.” It said:

This review and critique has carefully examined the literature produced by megavitamin proponents and by those who have attempted to replicate their basic and clinical work. It concludes in this regard that the credibility of the megavitamin proponents is low. Their credibility is further diminished by a consistent refusal over the past decade to perform controlled experiments and to report their new results in a scientifically acceptable fashion. Under these circumstances this Task Force considers the massive publicity which they promulgate via radio, the lay press and popular books, using catch phrases which are really misnomers like “megavitamin therapy” and “orthomolecular treatment,” to be deplorable.

Orthomolecular psychiatrists claim to treat several hypothetical conditions that are not recognized by the mainstream scientific community.

Pyroluria is said to be a form of schizophrenic porphyria, with excessive levels of pyrroles caused by improper hemoglobin synthesis and deficiencies of zinc and vitamin B6. Several studies have failed to find pyroluria in schizophrenics or have found no correlation of pyrrole levels with mental illness. Nevertheless, the Walsh Institute calls urine pyrrole levels “the decisive test” and claims pyrrole disorder is a common feature of many behavior and emotional disorders. “Common symptoms include explosive temper, emotional mood swings, poor short-term memory, and frequent infections. These patients are easily identified by their inability to tan, poor dream recall, abnormal fat distribution, and sensitivity to light and sound.”

Histadelia is hypothesized to involved increased levels of histamine and basophils, to cause depression, and to be treatable with megadoses of methionine and vitamin B6. There are no published clinical trials.

Histapenia is high copper and low histamine. Apparently both high and low levels of histamine are problematic? Others have noticed that this doesn’t make sense.

Conclusion: The Walsh protocol is not credible

The Walsh protocol claims to treat behavior disorders, ADHD, autism, anxiety, depression, bipolar disorders, schizophrenia and Alzheimer’s disease. The Institute has trained more than 600 practitioners in specialized (but unvalidated) lab testing, diagnosis of chemical imbalances, and individualized treatments, and they claim to have thousands of reports of recovery. Anyone can make claims and offer testimonials, and innumerable charlatans and self-deluded practitioners do just that. The Walsh protocol might be on to something; but unless they start publishing meaningful controlled clinical trials, I see no reason to take them seriously.