A new article in Business Insider challenges the major narrative promoted by the supplement industry – that supplements are safe, effective, natural, and actually in the bottle. If we are lucky, this may mark a the start of a sea change in how Americans see supplements. 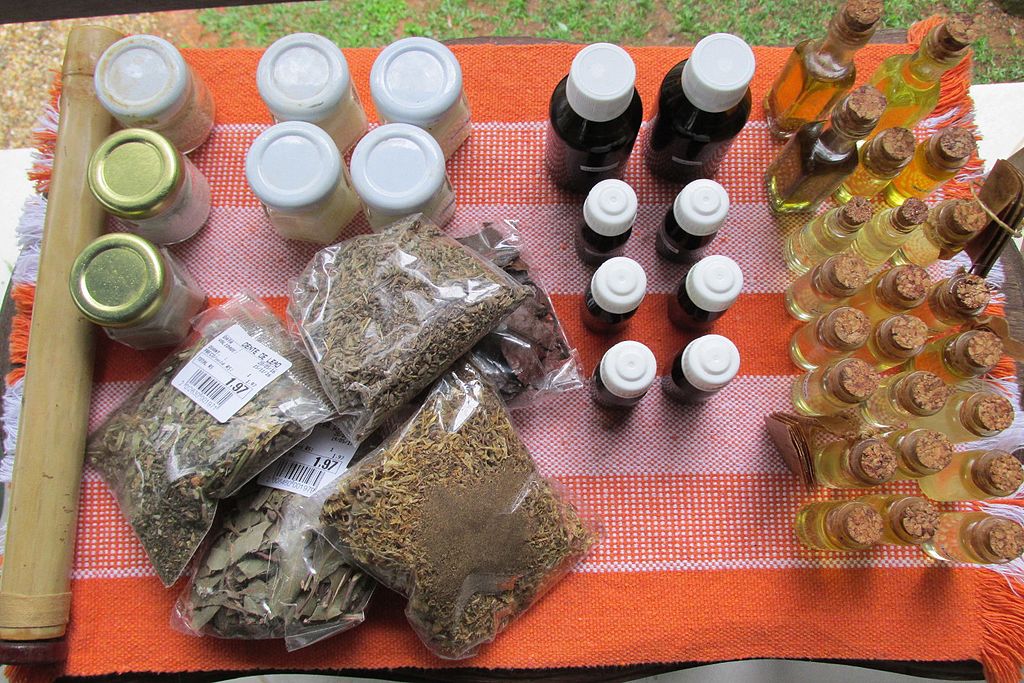 Unlabeled bags, unmarked bottles, uncertain contents, and a lot of trust – how the supplement industry works.

They correctly point out the key factor that made the supplement industry go from bad to terrible:

In 1994, about 600 supplement companies were producing about 4,000 products for a total revenue of about $4 billion. But that market has since ballooned — today, close to 6,000 companies pump out about 75,000 products.

“We’re regulating that with 26 people and a budget of $5 million,” [FDA spokesperson] Tave said.

The change dates to the 1994 Dietary Supplement Health and Education Act (DSHEA). This law did a few things. First, it greatly expanded the definition of “supplement” to include herbs and other products that are not, in fact, taken as a nutritional supplement but for their pharmacological activity (i.e. drugs). Second, it allowed supplement makers to make “structure-function” health claims for their products without FDA oversight. This means a supplement maker can claim their product supports your body’s immune system so it can fight off cancer, even though it can’t directly claim to treat cancer – a subtle and ultimately meaningless difference.

Essentially the supplement industry was given the ability to sell unregulated snake oil, so they did, ballooning from a $4 billion to a $37 billion industry.

A review of all available evidence, which we have done over the years at SBM, suggests that this entire industry is largely worthless, providing scant health benefits to consumers. Further, they present measurable risk.

That, however, is it. There is no evidence that routine supplementation with a multi-vitamin or specific vitamin is of any health benefit, and it doesn’t replace eating a well-rounded nutritionally complete diet. Antioxidants are useless and may, in fact, be harmful.

Herbal products fair no better. They are offered for a variety of common health conditions, based largely on anecdotes or very thin reasoning. By the time large clinical trials are done, the supplement industry has already created the belief in the general public that their herbal products work. One by one rigorous clinical trials have shown that the most popular herbal remedies do not work as advertised: ginkgo biloba for memory and dementia, echinacea for cold and flu, glucosamine and chondroitin for arthritis, black cohosh for hot flashes, and saw palmetto for the prostate and urinary tract.

Other herbs may have a marginal benefit, but also significant risks. St. John’s Wort, for example, does have a small effect on mild to moderate depression, but also has a long list of drug-drug interactions. In the end it is clear that St. John’s Wort is just a terrible drug, with a poor risk to benefit ratio.

The industry also has huge problems with quality control. Reviews have shown that herbal products are commonly adulterated with actual drugs, contaminated with heavy metals and other toxins, and substituted with cheaper ingredients like alfalfa. Even if there is a marginal benefit to some herb in a clinical trial, where they use DNA barcoding to verify the content and measure the amount of active ingredients, this does not translate to the store shelf.

The result of all this is a $37 billion con on the American public. How did we arrive at this scandalous situation? Again, it mostly stems from DSHEA, which was a blatant pro-industry and anti-consumer law. The deeper problem is the anti-science and anti-intellectual narrative that promoters of supplements and alternative medicine have sold to the public over the last few decades. There has been a self-reinforcing feedback loop in which snake oil salesmen used the money they made from selling their wares in order to market their narrative to the public and to lobby politicians. This led to favorable laws which increased their profits, and subsequently increased their marketing and lobbying might.

The end result is a public who largely believes the lies told to them by an industry trying to sell them worthless and possibly harmful products, often with outrageous claims. All cons begin with a compelling story, and the supplement-alternative medicine industry have theirs – natural is magically safe and effective, health product regulations are about limiting consumer choice (rather than protecting consumers from fraud), doctors are trying to keep you sick, and the pharmaceutical industry is evil.

“Natural” has been marketed as a lifestyle. Consumers are encouraged to just feel good about the health halo surrounding anything “natural” and to forgo actually thinking critically about plausibility and evidence.

Anyone who bothers to point this out is dismissed as a shill. Conspiracy theories are a convenient way to fend off any logic or evidence.

There is a clear and obvious solution to this problem – get rid of DSHEA and pass legislation for effective regulation of the supplement industry. The industry will use all of their might to fight such efforts (and have done so in the past), which means it will require political will to pass any effective legislation. Unfortunately, industry marketing has been highly effective in sapping the public of just the political will necessary to properly regulate the industry. This is similar to tactics used by the tobacco and oil industries.

It is further unfortunate that there is no major political party on the side of science and reason on this issue. Both major parties are equally anti-science when it comes to snake oil.

Hopefully more articles like the one in Business Insider will start to turn the tide of public opinion, but that will take a herculean effort.