Friday night, an old "friend" of the blog, pediatrician and antivaccine apologist Dr. Jay Gordon, made an appearance on Real Time With Bill Maher. In a long segment, the antivaccine misinformation flowed fast and furious in a Gish gallop of pseudoscience. WTF, HBO? An HBO Documentary about the Theranos Fraud Raises Concerns

Elizabeth Holmes founded Theranos to develop a device that could do 200 tests on a single drop of blood in a minute. She lied; it failed; she is being tried for fraud and conspiracy. The HBO documentary The Inventor tells the story but has some flaws. We can learn lessons from what happened. 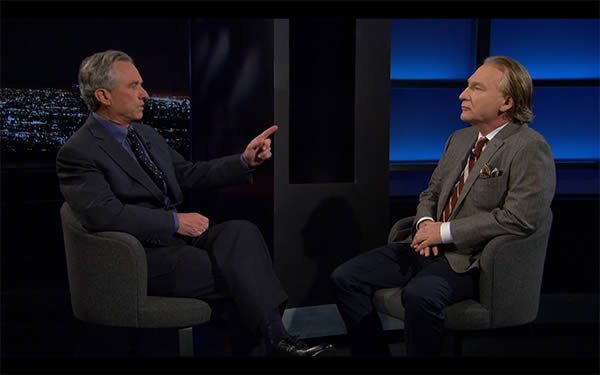 Bill Maher: Still an antivaccine crank after all these years

Bill Maher likes to represent himself as the epitome of rationality, primarily on the basis of his rejection of religion. However, rejection of religion does not necessarily make one a skeptic. Maher has demonstrated this over the last decade based on his embrace of antivaccine pseudoscience and other unscientific views. This time around, he fawned over antivaccine activist Robert F. Kennedy Jr.

PharmaceuticalsPublic HealthScience and the Media

I realize that I’ve spent a fair amount of verbiage (to put it mildly) expressing my frustration with celebrities whose support for pseudoscience and even outright quackery endanger public health. The two most frequent targets of the wrath, sarcasm, frustration, and puzzlement of me and my partners in crime at SBM have been Jenny McCarthy and her boyfriend Jim Carrey for their...