NextVaginal Birth After C-Section: How Safe Is It?
Public HealthVaccines 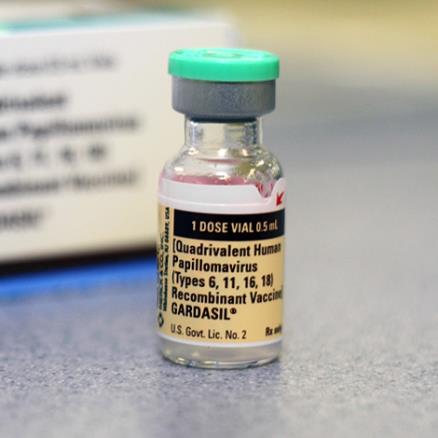 The public fight over the human papillomavirus (HPV) vaccine is still raging. The debate partly reflects the underlying logic of health prevention measures, which is essentially a statistical game of risk vs benefit. Unfortunately thrown into the mix are ideological opponents to vaccines who are distorting the facts at every turn.

Notice that I said this was a “public” fight, because it is not a serious scientific dispute. There is sufficient evidence to confidently conclude that the HPV vaccines currently available are safe and effective. All medical interventions will contain some risk, it is never zero, but vaccines in general, and the HPV vaccine specifically, have minimal risks and clearly prevent disease.

In addition there is a social angle to the HPV vaccine in that it is given to children to prevent a sexually transmitted disease.

The science of the HPV vaccine

In a recent editorial for Nature Magazine, Dr. Heidi Larson points out that:

Every year brings 528,000 new cases of cervical cancer and 266,000 deaths, linked to human papillomavirus (HPV). We have a highly effective HPV vaccine, but suspicion stands in the way of its adoption in many countries.

This is a home run for medical science. We have identified a virus that causes cancer. We can vaccinate against the virus and literally prevent the cancer and death that results.

The efficacy of the vaccines has been clearly demonstrated. A 2012 systematic review concluded:

Taken together, the excellent clinical trial results strongly support the potential of the vaccines as high value public health interventions and justify their widespread implementation to prevent anogenital HPV infections and their associated neoplasia.

As with most viruses, there are many different strains of the HPV. As vaccine development continues, newer vaccines target more of those strains, with resultant greater efficacy. A 2014 review looks at all the currently available HPV vaccines and reviews their efficacy:

As of December 2014, there were 3 approved vaccines for human papillomavirus (HPV): bivalent Cervarix (GlaxoSmithKline, New York, NY), quadrivalent Gardasil (Merck and Co, Kenilworth, NJ), and 9-valent Gardasil-9 (Merck and Co). The average cost per dose is $120, with a recommended 3-dose course.

The full impact of the vaccine will take decades to unfold, because the idea is to prevent cancers that develop years or decades after infection. Since there is clear evidence that the virus is linked to increased risk of various cancers, evidence of decreased infection allows us to confidently project decreases in those cancers.

The evidence also supports the safety of the available HPV vaccines. A 2015 systematic review found:

The recombinant human papillomavirus types 6, 11, 16 and 18 vaccine was safe and well tolerated. The main adverse effects related to vaccination were pain, erythema, edema and fever. The low frequency of severe adverse effects encourages the administration of the vaccine in the population at risk.

As with most vaccines, side effects were minor, and serious side effect were rare. Of course, when you give millions of vaccines rare events are going to happen. Again we are back to risks vs benefit – low risk with high benefit clearly supports the use of a medical intervention.

In addition to overall safety, several specific concerns have been raised with the HPV vaccine. Such occurrences are unavoidable, and are actually a healthy part of the ongoing surveillance that should accompany any widespread use of a medical intervention.

Anyone developing symptoms following a vaccine is likely to suspect the vaccine as a cause, even when the temporal association is purely coincidental, or perhaps a nocebo effect. Researchers follow up on any such reports with solid evidence.

The most recent concerns about the vaccine were of increased risk of complex regional pain syndrome (CRPS) and postural orthostatic tachycardia syndrome (POTS) in young girls following the vaccine. Anecdotal reports are useful only to raise possible concerns for more serious scientific investigation, they are not sufficiently reliable as a basis for any conclusions. They do, however, increase public fear and concern.

Individual studies looking systematically at the data have concluded that there is no increased risk of CRPS following the HPV vaccine. I could not find any published studies looking at POTS.

However, in 2015 the European Medicines Agency was asked by Denmark to look at the safety of the HPV vaccine with respect to these two conditions. They performed a systematic review of the evidence and concluded:

…the evidence does not support a causal link between the vaccines (Cervarix, Gardasil/Silgard and Gardasil-9) and development of CRPS or POTS. Therefore, there is no reason to change the way the vaccines are used or amend the current product information.

Distorting reality to support an agenda

I have noticed a common strategy among ideologues who oppose a safe and effective new technology or who deny an accepted science – they use lies and distortion to generate public resistance to the thing they oppose, and then cite the resistance they helped to generate as evidence that there must be a real problem.

With regard to the HPV vaccines, opponents have used fearmongering tactics to scare parents into thinking the vaccines are not safe. In addition, social conservatives oppose the vaccine as they think it might promote promiscuity. At the very least there are parents who feel that their child is not sexually active and therefore does not require a vaccine to prevent a sexually transmitted disease.

It should come as no surprise that the latter view is hopelessly naïve. A recent study in Tanzania, for example, showed that 11.6% of young girls who reported no previous sexual activity tested positive for HPV.

In the US data show that sexual activity incidence is 12.5% among females and 13.1% among males at age 14. As a public health measure it makes sense to initiate the HPV vaccine before most children become sexually active. When you think it’s likely your child is sexually active, it is too late for prevention that needs to happen before they are sexually active.

This is where the pediatrician comes in. Pediatricians need to strongly advocate for the HPV vaccine, to be knowledgeable enough to reassure parents of the safety and efficacy of the vaccine, of the need for the vaccine at a young age, and to counter the common myths and lies about the vaccine that the parents may have heard.

This is where a recent survey published in Pediatrics comes in. They found:

So about 60% of pediatricians and family practitioners taking care of children strongly recommend the HPV vaccine. Of those who do so occasionally or rarely they do not cite concerns about safety or efficacy (except possibly giving it too early and waning immunity), but rather their fear that parents will be resistant.

Also keep in mind, these pediatricians are not recommending against the vaccine, they are just not being very proactive in recommending it because of fear of pushback.

Anti-vaxxers have seized upon this study as a propaganda opportunity. For example, the site Vaccine Impact has this headline:

While another crank site proclaims:

The implication is that doctors know there are issues with the vaccine and so are not recommending it, as if they are recommending against it. In fact the study shows that most doctors strongly and consistently recommend the HPV vaccine, while most of the remaining do sometimes, just not consistently. The study did not reveal a significant number of doctors who recommend against it.

Getting back to the recent concerns about CRPS and POTS, in response to early reports of these possible side effects Japan decided to stop promoting the vaccine. They will still provide it if requested but will not actively recommend it. They have not yet updated their policy following the recent European report.

They are alone in this policy, while the rest of the world calmly follows the science and good medical practice.

Meanwhile, anti-vaccine sites are reporting that Japan has “banned” the HPV vaccine, which is not true.

Scientific evaluations of medical interventions are always a work in progress. Risks and benefits, especially of widespread public health interventions, need to be constantly carefully monitored, and any new apparent red flags need to be investigated.

This monitoring will create a predictable background noise of possible concerns, even for the safest of interventions. It is important for the medical community to properly communicate this reality to patients and put all information into its proper context, effectively communicating the bottom line of risk vs benefit for any recommended intervention.

Governments and regulatory agencies also have this responsibility – to keep evidence in perspective while following up any potential problems. Somewhere in the world a government or agency will fall down on this responsibility over certain issues, which is not evidence of a cover-up or a serious problem.

As with all science-based issues, it is best to rely on the overwhelming consensus of expert opinion, not cherry-picked outliers.

At the present time we have robust evidence for the safety and efficacy of the HPV vaccines, and good reason to recommend them for all pre-teen and teen boys and girls. There is actually an opportunity here to prevent cancer and death. It is a tragedy when that opportunity is missed because of ideology, pseudoscience, and fearmongering.