NextOutbreaks among Somali immigrants in Minnesota: Thanks for the measles again, Andy
Book & movie reviewsNutrition

Gary Taubes and the Case Against Sugar

Gary Taubes writes that sugar is the cause of obesity and most chronic diseases. He makes a good case for the prosecution, but he doesn’t convict. 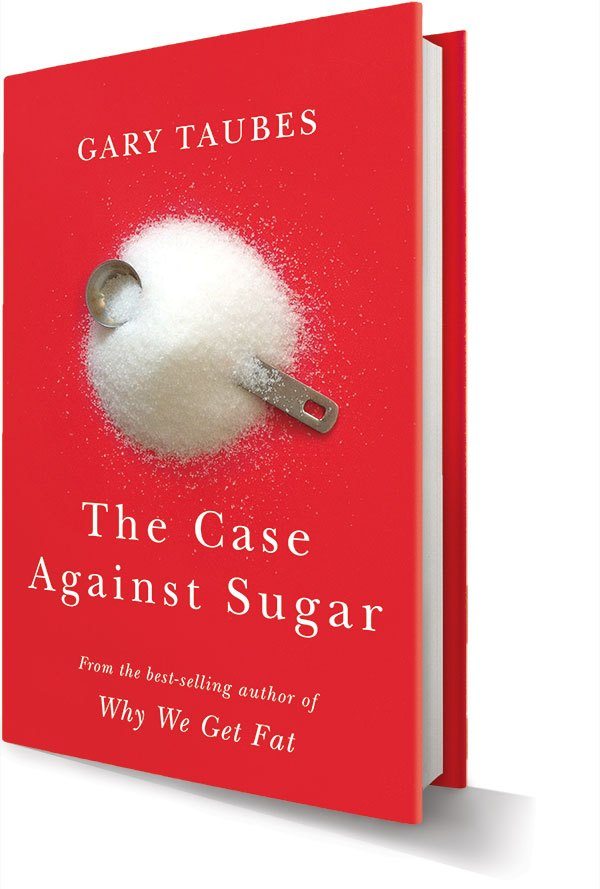 Gary Taubes is a journalist on a crusade. In two earlier books, Good Calories, Bad Calories and Why We Get Fat: And What to Do About It, he marshaled masses of evidence to support his thesis that the calories in/calories out model is wrong, that carbohydrates are the cause of obesity and most of the “diseases of civilization,” and that simply restricting carbohydrates will result in weight loss regardless of the total number of calories ingested. In his new book The Case Against Sugar he narrows his focus to sugar. He says it is an addictive drug and is the cause of the obesity epidemic and of many chronic diseases.

He makes a cohesive argument backed by evidence, but his Author’s Note inadvertently exposes what is wrong with the book. He says,

If this were a criminal case, The Case Against Sugar would be the argument for the prosecution.

In science as in the courts, fairness requires that we hear the argument for the defense before we convict. Taubes’ book is a polemic, not a balanced scientific review. To his credit, he admits that his thesis is based partly on circumstantial evidence and has not been proven beyond all reasonable doubt – and yet he wants us to act on it. He thinks it justifies removing added sugars and processed foods from our diet. In my opinion, he goes too far. He commits the same sin he accused the low-fat diet advocates of: going beyond the evidence and recommending society-wide changes based on inadequate data.

I reviewed his earlier book Why We Get Fat and explained my objections:

We exchanged some words, but we were talking at cross purposes based on our different understandings of the meaning of the calories in/calories out (CI/CO) model. Taubes wrote:

[restricting carbohydrates]…leads to weight loss and particularly fat loss, independent of the calories we consume from dietary fat and protein. We know that the laws of physics have nothing to do with it.

He sees CI/CO as a false explanation of why people get fat, essentially an attempt to blame the victim for sloth and gluttony. I see it simply as an incontrovertible fact of physics that weight increases when calorie intake exceeds expenditure; it doesn’t even attempt to explain why people get fat, why their calorie intake exceeds expenditure. Whatever the underlying cause, whatever the individual’s metabolism, even if Taubes is right, and sugar is the cause of obesity, the laws of physics ensure that any obese person will lose weight if calorie intake is reduced sufficiently (not that that’s easy to accomplish!).

Of course, what we really want to know is what causes some people to take in more calories than they expend. Once they do that, the laws of physics take over: the laws of physics have everything to do with why the weight goes up. Gary Taubes thinks he has found the one true cause of weight gain: sugar. I suspect it’s not quite so simple.

There is plenty of epidemiologic evidence for a correlation between the rising consumption of sugar and the rising prevalence of obesity and diabetes. But correlation doesn’t establish causation. I can’t help but wonder if increasing prosperity and the increased availability and affordability of food have allowed more people to eat more of everything and to change their lifestyle in other ways. Some experts discourage sugar consumption simply because it consists of “empty calories” that replace other, more nutritious elements of our diet and add to the total calorie intake. Taubes thinks the “empty calories” arguments are misguided. He thinks sugar has unique physiological, metabolic, and endocrinological effects that directly trigger obesity, diabetes, and many other chronic diseases. He thinks sugars are long-term toxins that act over decades and affect future generations through epigenetic effects. Sugars cause insulin resistance, which causes metabolic syndrome and probably triggers a host of diseases including diabetes, heart disease, cancer, liver disease, Alzheimer’s, rheumatoid arthritis, asthma, inflammatory bowel disease, gout, polycystic ovary syndrome, and even varicose veins! He says Occam’s razor favors the idea that a single cause underlies all of these. In his previous books, he recommended limiting carbs, but now he thinks people can be healthy on a carbohydrate-rich diet, even a grain-rich diet, if they consume relatively little sugar. He suggests that sugars may have killed more people prematurely than cigarettes or all wars combined.

He devotes many pages to the history of sugar, the economics and lobbying efforts of the sugar industry, and the misguided science that led to misguided official recommendations for a low-fat diet. He explains that experts were fixated on energy balance and were slow to consider the effects of genetics and hormones and to realize that all calories are not equal. History may help us understand how we got to our current level of sugar consumption and how doctors got things wrong, but that doesn’t mean Taubes got things right. We can’t be sure his low-sugar diet won’t be discredited by future evidence just as the low-fat diet was.

The evidence against sugar

Taubes presents a lot of evidence. For instance:

But Taubes admits that “research…couldn’t establish whether or not sugar was truly the cause of these chronic diseases, or whether people (and the laboratory animals used in the experiments) simply ate too much of the stuff, and so got fat first and sick second.”

One cause or many?

Can the host of chronic diseases that cluster together and are associated with Western diets and lifestyles be explained by a single dietary trigger, or are there multiple triggers? Does Occam’s razor apply here, or Mencken, who said “For every complex problem there is an answer that is clear, simple, and wrong”? Taubes’ answer is clear and simple, but it could be wrong. He admits:

Because the kind of observational evidence researchers deal with is incapable of establishing beyond reasonable doubt that sugar…is the factor in Western diets and lifestyles that triggers the aforementioned cluster of chronic diseases, the best we can do is ask whether this is a likely possibility, and if so, whether it is, indeed, the most likely.

He devotes two whole chapters to what he calls the if/then problem. If sugar causes insulin resistance and makes us fat, then it very likely causes hypertension, at least indirectly. And it very likely causes all the so-called diseases of civilization, including cancer and Alzheimer’s. He presents evidence and reasoning to implicate it in:

Sugar is pleasurable; some call it intoxicating. Taubes calls it “pleasure with a price.” Sugar craving seems hardwired in our brains; it stimulates the reward center. Once introduced to a population, consumption rises meteorically. Is it addictive, or do some people and populations only act as if it is? In times of economic hardship, the British poor would cut back on other foods before they would cut back on sugar. Rats addicted to cocaine will choose sugar water over cocaine.

Many animals respond positively to sugar, but not all. Cats don’t. Neither do chickens, whales, sea lions, or some fish. Why do humans? Taubes speculates about how a human sweet tooth might have evolved by offering a survival advantage.

To my mind, sugar doesn’t act like addictive drugs. I would call it habit-forming, and habits can be broken. People can lose their sweet tooth as they get older. I seldom eat desserts any more, and I don’t crave them. I used to drink my coffee with so much sugar my father used to tease me, asking if I would like some coffee in my sugar. I eliminated it when I started watching my calorie intake, and now I prefer to drink my coffee with no sugar at all. Now if I happen to drink a cup of coffee with sugar, I do not relapse; I don’t want the next cup to have sugar too. Would that happen with an addictive drug like alcohol, nicotine, or heroin? Taubes asks how much sugar is too much. Do we ask how much heroin is too much? How many cigarettes are too much? Can you smoke just one? For many recovering alcoholics, taking just one drink is enough to cause a relapse. I think calling sugar addictive is misguided; it trivializes true addictions.

Taubes makes a compelling case against sugar, but as he acknowledges, the evidence is insufficient to definitively convict. Wouldn’t it be wonderful if we could eliminate obesity, diabetes, cancer, and most chronic diseases by simply removing one component of our diet? When something sounds too good to be true, it usually is.

As so often in medicine, we have to make decisions on the basis of incomplete information. I’m biased. I want to believe we can safely eat a modest amount of sugar as part of a healthy, calorie-controlled diet; but I readily admit I can’t cite any good evidence to support that belief. While we are waiting for more evidence, I will continue to limit my sugar consumption but I won’t deny myself the occasional sugary treat.