Chaga tea is made from a mushroom that rots birch trees. Health benefits are claimed on the basis of folk medicine, but there isn’t a shred of scientific evidence. 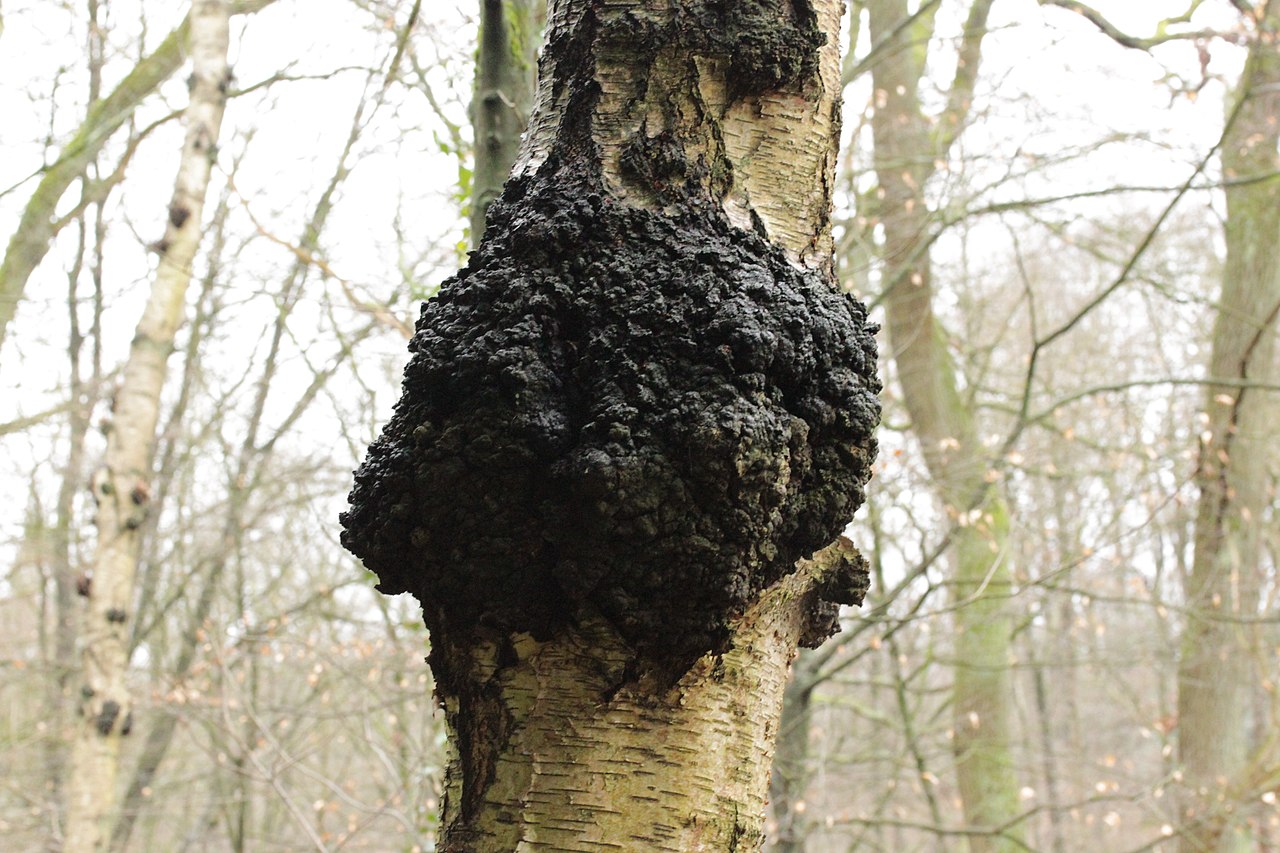 A correspondent said he had looked for Chaga on the Science-Based Medicine website and found nothing. I decided to remedy that.

Chaga mushrooms, scientific name Inonotus obliquus, are parasites of trees in cold climates, from Alaska to Northern Europe to Siberia. They are most commonly found on birch trees, but also on alder, oak, beech, and poplar. On the outside, they look like a large amorphous lump of burnt charcoal, but the inside is soft and orange. The name in Canada is Sterile Conk Trunk Rot of Birch. They cause white heart rot and damage the trees, which often have to be destroyed.

It’s definitely not healthy for trees. What about for people?

Chaga tea is an infusion made by hot water extraction, alcohol extraction, or fermentation. Some people think it is medicinal. It is thought to boost immunity (which you can’t do) and improve overall health. It has also been used for cancer, diabetes, tuberculosis, digestive diseases, and heart disease. It is said to provide a boost of energy. A few studies in animals and test tubes have suggested it might have health benefits (for animals?). Those studies are conveniently collected here. It has been used in folk medicine for centuries, but there is little or no scientific evidence that it has any health benefits for humans, and there are safety concerns.

It is high in antioxidants, but that isn’t necessarily a good thing. It contains high levels of oxalates and is contraindicated in people with kidney disease or who are at risk of kidney stones. Its safety in pregnancy and breastfeeding is not known. It may interfere with blood clotting and should be used with caution in patients on blood thinners. It might cause hypoglycemia in patients who are being treated for diabetes. There is no standardization of dosage in Chaga products.

Dr. Oz recommends it (is there any fad he doesn’t recommend?). Integrative medicine guru Dr. Andrew Weil doesn’t (he lists other mushrooms that he does recommend).

It is readily available online and in health food stores, and it won’t break your wallet. You can buy it in the form of Magic Mushroom Mix, with chocolate and 6 organic superfoods. It works out to $1.16 per serving. Harney and Sons sells 50 sachets of Chaga mushroom for $49.99 with free shipping. You can buy it in the form of convenient bleach-free tea bags; each cup of tea will cost you as little as 44 cents. Amazon has an even lower price: it sells 18 bags of Buddha Tea for $6.99, or 38 cents per cup. But remember, it’s false economy to pay a low price for something that doesn’t work.

It doesn’t even taste good. One source politely described it as “not unpleasant”. A disappointed Amazon customer said it is “nearly flavorless, and reminds you of chewing paper for spit wads”. Another said, “Horrible. Tasted like dirt”. Another commented, “No one ever asks me for a 2nd cup”.

There are plenty of testimonials, but nothing to suggest anything more than a placebo response or a coincidence. Here’s a sampling:

Conclusion: No evidence that Chaga has health benefits

Definitely thumbs down on this one. I’m wondering who first thought of ingesting a tree disease. Were they brave or foolhardy?

Should properly controlled clinical studies be done to investigate its benefits and harms? IMHO, scarce research money would be better spent on something with more promise.