The Weekly Waluation of the Weasel Words of Woo #9

Can y’believe it? The W^5/2™, that cesspool of Afflicted Sophistry and Festering Fallacy—not to say that wellspring of Awesome and Absolutely Annoying (Cloying) Alliteration© and that Mother of all Maddening Mixed Metaphors and Sundry Similitudes®—is back! Yup, like the proverbial phoenix rising from the ashes of near-terminal procrastination, and due to overwhelming popular demand, the W^5/2 is reborn!!! Well, it also might have something to do with yer faithful servant needing some time to put together a real paper or two…naaahh! But what the hay, let’s just dive right in and pretend that nothin’s changed, shall we?

Cheeses, there were morna hunnert responses to the W^5/2 #8, but only a few of’em were translations. Those suckuz were as hard to find as chunksaduckliver inna 200CK potentization! Leading the Vanguard of Rationality were Michelle B and Fifi, whose heroic battle against two 4-H Club©-wielding trolls was a Homeric Epic for Our Times:

Thaz right, our brave Womyn were a coupla Big Billy Goats Gruff out there, if you’ll excuse the gender-bender! They, along with several others, nailed the problem of knowledge-starved flower children with “doctorates” making well-intended but categorically false pronouncements like

We often develop illnesses because of our own unresolved feelings and lack of love for ourselves…Deal with any unresolved maternal, nurturing, and relationship issues so they’re not lurking in your breasts.

You are What You Think!

It works both ways, f’cryin’ outloud! If you’ve tried your damnedest to deal with “unresolved feelings” but still get cancer, it’s gotta be your own damned fault!

But it isn’t your fault, because there isn’t the slightest evidence that feelings either lurk in your breasts or have anything to do with getting cancer. To convince a cancer victim of such hogwash is a form of emotional blackmail. So it is not merely justified, but is morally compelling to express disdain for pseudodoctors who make such unfounded claims (which is not, obviously, the same thing as expressing disdain for desperate cancer patients, raygee’s ambiguous words notwithstanding).

Michelle B submitted part of her translation with some gender-bending of her own, using a variation of the time-honored—in the Rarefied Atmosphere that is the W^5/2!—Power of Simple Substitution, first coined by W^5/2 International Grand Master Stu (m’man!). Then she added the obligatory point about the quid pro quo, sodaspeak. Fifi just went straight f’th’juggula. In addition to these Heroines, the Honor Roll of Translators who made that simple point must include:

Jessa B, a newcomer to the W^5/2 (I think!), who way back in June divined the next U.S. Senator from the Landa 10,000 Lakes! (Sheece! Ya gotta love Minnesotans’ picks for high office, even if they shoot themselves in the foot in other elections!) To Jessa B goes the W^5/2’s Special Recognition for Precognition of a Politician on a Mission of Ambition®!!

mmarsh, for explaining the matter in the simplest possible way;

TsuDhoNimh, for a more Elaborate but Expert and Eloquent Explanation©, providing the necessary Holistic Heuristic™;

Stu (m’man!), who was understandably underwhelmed by such unchallenging upchuck, but nevertheless took one fer th’ W^5/2 Team as it were, by submitting a concise and irreproachable translation;

DLC, for rendering a similar translation in Sweet Verse;

Calli Arcale, for re-rendering it in Sweet Terse; and

Stu (m’man!) again, for directing our collective attention to this celebration of the, er, focal points of the pertinent passage.

Finally, I can’t help but rap the knuckles of Joe. I mean if this isn’t beautiful, what is??? 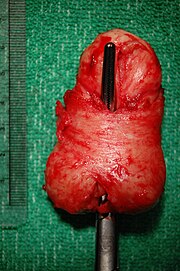 And I dunno why the nuns forgot to put saltpeter in his milk growin’ up, but from where I sit just hearin’ the E-word means yer goin’ straight to Hell!! F’Chrissakes, hoozincharge of moderating comments around here, anyway?

For me, an event in the public domain that catalyzed my thinking about this subtle price of Woo was the death of Gilda Radner. At some point after her ovarian cancer had been brought into remission by chemo- and radiation therapy, as I recall, she subscribed to the idea that her fate was in her own hands, i.e., that she had the power to keep the cancer at bay by sheer force of will. Perhaps I’m wrong about that: I haven’t read her book (which is currently out of print, but a new edition expected soon), nor have I seen the Life Magazine article that appears to discuss that part of her life. Nevertheless, such a belief is held by many people and is nurtured by many professionals who ought to know better.

Gilda was involved with a group called The Wellness Community, which continues to ride the coattails of her celebrity. The organization’s website is less blatantly woo-promoting than are many others, and shows that a large part of what it does is provide rational, emotional support for people with cancer and for their families. Good. Nevertheless, with a little digging it isn’t hard to find promotions of all manner of quackery. Relevant to the discussion here is a Downloadable Relaxation/Guided Imagery Session, where the cancer victim is urged to

Elsewhere the Wellness Community promotes “integrative oncologist” Jeremy Geffen, whose “7 levels of healing” program is chock full of seductive hints that similar “mind-body” exercises, “cleansing and detoxification,” and the usual litany of other quack practices may prolong survival. Ah, they have an Awesome Power to Deceive, do those Weasel Words of Woo!

This is not mere speculation. I don’t know how Gilda felt when she learned that she hadn’t kept her cancer at bay, but I’ve witnessed 3-4 unfortunate patients who felt that they had failed themselves (I haven’t witnessed any who realized that they’d been duped). I’ve also seen a particularly disturbing example of a family who, after their 30-something son/brother had died of leukemia within a few days of a surreptitious, in-hospital “guided imagery” session, became convinced—and became politically and financially active “mind-body” proponents as a result—that the young man would have lived if only he had been introduced to the guided imagery guru sooner! I’m sorry, but “we,” by which I mean the Silent Shruggie Majority of physicians, are responsible for the persistence of such lies, even if most of us didn’t invent them.

But back to the fun.

This Week’s Entry: “A Piece of Rolled-Gold Woo” and a Special Treat!

That’s because it’s the first guest submission to the venerable W^5/2™!! It was offered, along with the pithy description quoted above, by Dr. Michael Vagg of Geelong, Australia, whom you know better as wertys! The passage is an abstract of a paper in the Chiropractic Journal of Australia (2006; 36:127-36):

Palpatory Literacy and the Subluxation Complex: Developing a Model to Represent What We Think We Feel

Objective: To explore the development of a model for use as a learning object to convey to students the clinical understanding and interpretation of palpation findings chiropractors think they derive from an entity that is yet to be shown to exist.

Discussion: The model presented in this paper attempts to capture traditional beliefs within chiropractic that surround the act of spinal palpation largely in the absence of published data or even interpretative speculation. The identification and correction of the putative spinal subluxation complex seems to lie at the heart of the identity of chiropractic, yet the clinical act of identifying the lesion continues to demonstrate low agreement. The literature is even more silent on connecting the findings from palpation with the determination of the manner and characteristics of the spinal adjustment, the therapeutic intervention germane to the practice of chiropractic. While the answers to these questions may lie under the blanket of clinical experience, they present a challenge to chiropractic educators who teach palpation and spinal adjustive technique. In the absence of factual knowledge or evidence descriptive of the clinical entity supposedly addressed by the chiropractic adjustment, the question becomes one of which theoretical constructs are appropriate for presentation in the classroom.

Conclusion: A better understanding of palpatory literacy is critical to drive the optimal application of the chiropractic adjustment as the preferred therapeutic intervention to correct dysfunctional movement of spinal segments.

Phew!! I dunno about you, but just trying to slog through that makes me short of breath!

The Misleading Language and Weekly Waluation of the Weasel Words of Woo series: