Note: In addition to this brief endorsement of Britt’s website, I have also posted my regular every-other-Thursday post, this week discussing the actions taken by the State of Florida to prevent Brian Clement, of the Hippocrates Health Institute, from practicing medicine.

Another note: since this post, Britt has started writing for SBM. See “ND Confession, Part 1: Clinical training inside and out.” 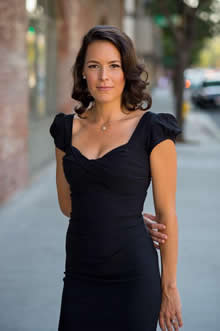 Britt Marie Deegan Hermes had a bad experience with a medical doctor, which piqued her interest in naturopathy. Eventually, she graduated from Bastyr University with an N.D. degree and practiced as a naturopath for about 3 years. But her confidence in naturopathy withered as she watched fellow naturopaths practice in Tucson, Arizona. Her disenchantment with naturopathy drove her back to medicine and science. Britt left naturopathic practice behind and is now a student in the Medical Life Sciences program at the University of Kiel, in Germany, a Master’s of Science program focusing on biomedical research. Britt is not turning her back on those who suffer from what she calls the “blatantly false, unethical, and dangerous practices” she saw during her time as a naturopath. Nor is she willing to remain silent while other idealistic young people are drawn into studying what she describes as

a system of indoctrination based on discredited ideas about health and medicine, full of anti-science rhetoric and ineffective and sometimes dangerous practices.

So she started a blog last month to write about her own experiences: Naturopathic Diaries: Confessions of a Former Naturopath. She also wants to give voice to other disillusioned naturopaths as well as employees of accredited naturopathic schools.

I have a hard time pinpointing exactly when I stopped believing in naturopathic medicine. It was a slow process. Doubt crept in insidiously when I first encountered minor issues with the profession. Initially, I saw only small medical risks from minor clinical transgressions. But, as is the case with all sins, I began to witness serious and dangerous naturopathic practices. Even though I had spent 7 years studying and a quarter of a million dollars in student loans, I knew I needed to drop my faith. I intentionally use the word “belief” to describe my experiences with naturopathic medicine. Naturopathic medicine is a philosophy, a worldview, and even a lifestyle. It is not a real and distinct medical system. Not everyone has heard of naturopathic medicine, but its principals can be found in any alternative medicine doctrine. In fact, it’s as if naturopathic medicine includes any and all tropes counter to science and borrows loosely from medicine when convenient. For naturopaths, it does not matter if science refutes the traditional ways of healing. Because for naturopathic believers, what matters is not about what science says, but about beliefs in an alternative, magical healing force. Naturopathic medical beliefs include pseudoscientific ideas like vaccines cause more harm than good, any disease can be successfully treated with homeopathy, alternative cancer therapies are safe and effective, and nutrition can cure mental illness. These beliefs are dangerous and their promotion is unethical.

I salute Britt on her willingness to step out of the shadows of naturopathic practice and into the light of science and reason. I’ve bookmarked Naturopathic Diaries and look forward to more of her insider’s knowledge about this occult group. I think you’ll find it interesting too.