Lumen’s Information Is Not So Illuminating

Lumen is a handheld device that you can supposedly use to “hack your metabolism”. The science behind it is not convincing. Users are essentially navel-gazing. 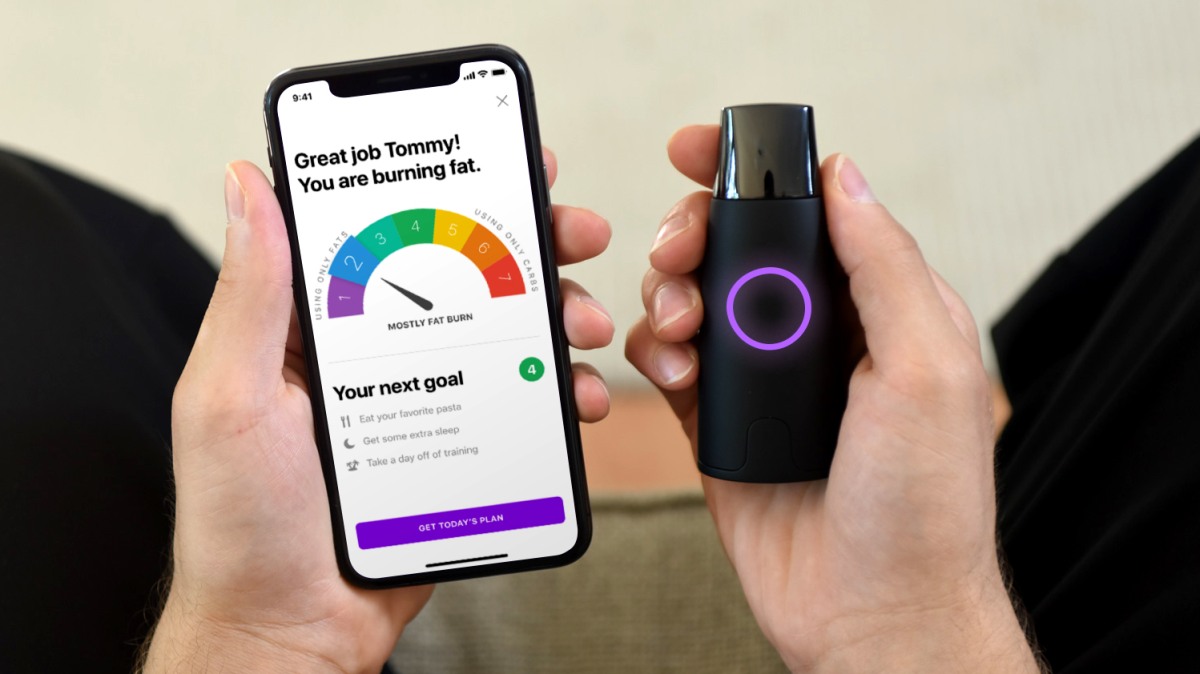 An introductory video on the website for Lumen presents it as the first device for hacking your metabolism. They make a lot of claims that have not been substantiated by good research. With one breath, it tells you what you are currently burning for energy: carbs or fats. By using it in the morning, you can get a personalized nutrition plan for the day. Use it before a meal to see how the last meal affected you. Use it before a workout to see if you have enough energy for a workout or if you should fuel up with a high-carb snack. Using it can help you understand why your weight fluctuates, why you feel low on energy, why your body is storing carbs and converting it to fat. It uses a CO2 sensor and flow meter to determine the CO2 concentration in a single breath. High CO2 means you are burning carbs; low CO2 means you are burning fat.

“Metabolic carts” are sophisticated systems using indirect calorimetry to determine the respiratory exchange rate (RER), the ratio of CO2 produced to O2 consumed. The systems are cumbersome, expensive, and only available in laboratories. Lumen is a $300 handheld device suitable for home use.

According to this website, “Indirect calorimetry measures the consumption of metabolic substrates; it is powerless to predict the requirement for them, which is what one actually wants to know.”

There is an informative critique of Lumen here. Among other things, it tells us:

Conclusion: A tool for motivation

The Lumen device gives users the illusion of control over their metabolism, but the science behind it is not convincing. Customers are just indulging in a kind of navel-gazing. It may be a tool for motivation, but is the motivation worth $300 and the time consumed by the repeated use of the device? That’s a question customers will have to answer for themselves. Will users lose more weight or have more energy? Maybe, but controlled scientific studies would be needed to find out. As far as I could tell, no such outcome studies are planned.