NextThe stem cell hard sell: The Medical Board of California is forming a task force to determine how to regulate physicians offering stem cell therapies.
EthicsHerbs & SupplementsScience and the Media

A newspaper ad for BladderMax is disguised as a news story reporting “the end of bladder leakages.” The information is inaccurate and the headlines are preposterous. 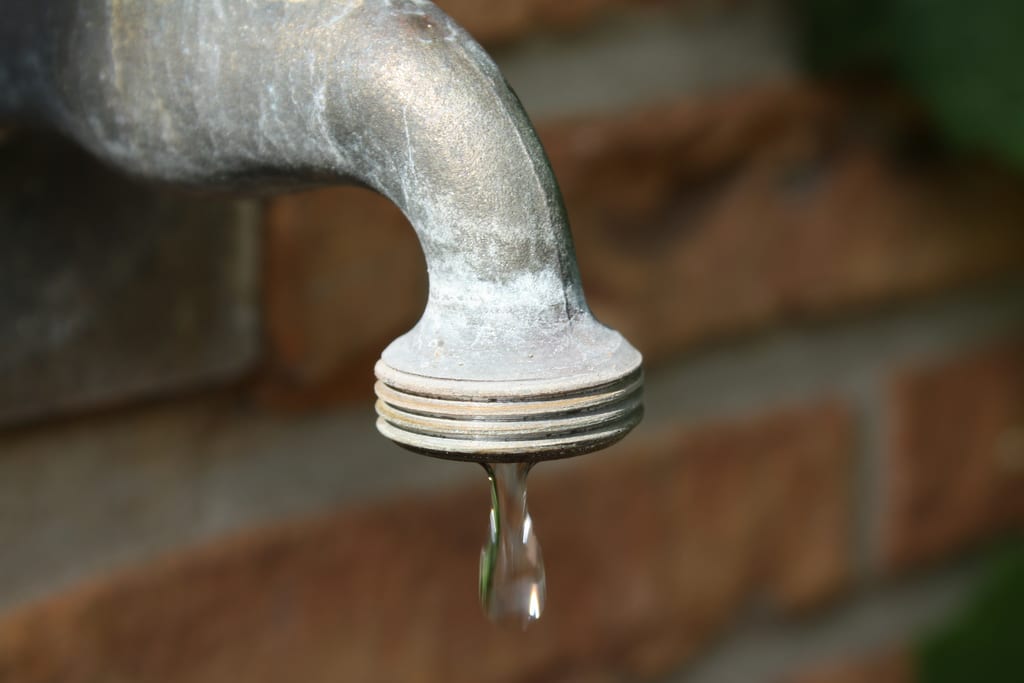 Leaky faucets are easily fixed, but a pill is not an easy fix for bladder leakage

There is a half-page article in my newspaper. The headline announces, “Scientists Predict End of Bladder Leakages by 2019.” This is reinforced by accompanying statements: “New developments in scientific research has [sic] led to the unimaginable” and “Within the next 2-Years [sic] experts predict ‘adult diapers will be a thing of the past… incontinence doctors will be obsolete… and virtually no one in this country will have bladder control problems again!’ Here’s why…”

You might question those claims. You might ask “Which scientists?” “Which experts?” “What new developments in research?” “Who made those predictions and where can I read the originals?” “Are the predictions just someone’s unsupported opinions, or are they based on evidence?” You could read the whole article looking for answers to those questions, but you wouldn’t find them. It is cleverly designed to mimic a news article, but the small print at the top reveals that it is a paid advertisement for the dietary supplement BladderMax.

These fake news stories appear regularly in many daily newspapers; you may have spotted similar ads for this or other products in your paper. This one is typical. It has the byline T.J. Roberts; possibly a fictitious person, since a Google search reveals no science journalist with that name. It says he works for INM, Interactive News Media; there is no such news organization. There is a disclaimer at the bottom saying these statements have not been evaluated by the FDA and the product is not intended to diagnose, treat, cure, or prevent any disease. It is written in small print, so the target audience of elderly people might not have good enough visual acuity to read it, and if they do, they will probably disregard it. There is a picture of a doctor offering a package of BladderMax to a female patient. They could have chosen a better picture; she is resting her head on a fist and looks bored and unimpressed. But the doctor is wearing a white coat and has a stethoscope around his neck, which might tend to impress some readers. There is a stupid diagram that purports to demonstrate how strengthening pelvic muscles will stop leakages. It does no such thing; and it isn’t even anatomically correct. Readers are offered a special discount if they call within the next 48 hours. A special toll-free Regional Order Hotline has been set up. They warn that the lines are often busy, so if you don’t get through, you should keep trying. “Supplies are limited”, so if you don’t get through to the order hotline within the next 48 hours, you may have to wait as long as six weeks for more inventory to be produced. This all may be advertising genius, but is there any evidence that the product works? Is there any evidence that it heralds the end of bladder leakage?

It is a dietary supplement. Each pill contains a mixture of EFLA940 and SoyLife 570mg. EFLA940 is an extract of pumpkin seeds sold by the Frutarom company to provide natural support for bladder functions and to help maintain a healthy prostate. Its efficacy and safety are allegedly supported by proprietary studies.

SoyLife is a preparation of isoflavones from soy germ. It is a phytoestrogen marketed for menopause, bone, and cardiovascular health; but there is insufficient evidence to establish its efficacy and safety.

What is the evidence?

BladderMax combines these two ingredients. The company website tells us the efficacy and safety of the combination are supported by three clinical studies conducted in Japan and one in Korea. None of them were “new developments in scientific research” – they were up to 17 years old. The Japanese studies were uncontrolled, and the Korean study was not published.

I found another study from Japan that tested pumpkin seed oil alone. It was uncontrolled, with only 45 subjects. It found that pumpkin seed oil improved the Overactive Bladder Symptom Score, a self-assessment questionnaire.

The specific product they are selling, BladderMax, has apparently never been tested.

So the alleged “new developments in scientific research” are pretty thin gruel indeed. There are no studies with appropriate control groups, much less blinding, so the positive results could be spurious. We can’t know how many subjects would have reported similar improvements with a placebo or with no treatment at all. The claims in the fake news article that it will “end bladder leakages” are not supported; it reduced the number of reported episodes but did not eliminate them in any of the studies. The claim that “no adverse side effects have been reported” is demonstrably false.

The fake news article misrepresents the clinical studies, and the results they report contradict the claim that it will put an end to bladder leakages. They say it is “not a drug”, but of course it is a drug: in fact, it is a combination of two drugs that just happen to be from natural sources. They claim that it strengthens and calms the bladder, but they also claim it “helps relax bladder muscles allowing for complete emptying of the bladder.” There is no evidence that it does any of that.

They offer enthusiastic testimonials from alleged patients and from three doctors. One is Jessica Farber, a GP from Bridgeport, CA (a town with a population of 575); I could not find any mention of any such person online. One is “Harvard graduate Dr. Gifford Jones, M.D.” There is a doctor Ken Walker who is a Harvard graduate and who writes medical columns under the pen name “W. Gifford-Jones” (whom we have seen before). His website includes anti-vaccine sentiments and claims that high dose vitamin C and lysine are more effective than statins. The third is Dr. Chelsea Walker, “board certified doctor of natural medicine”. I am not impressed.

I understand that newspapers need all the advertising income they can get, but I wish they would exercise some judgment. Would they print an ad for an herbal remedy that is claimed to cure HIV/AIDS with a single dose? I hope not. Journalistic standards must draw a line somewhere, but it’s hard to see where that line is.

If they are going to print these ads, the least they could do is not disguise them as fake news stories by fake reporters from fake news services. And they could easily check whether the outrageous headlines (head-lies?) have anything to do with the text of the ad. Their current practice deliberately tries to deceive their readers. And it’s working. These half-page ads are not cheap, and they generate enough business that the companies can afford to keep buying them.