Teenager? Anxious? Yes, there’s a supplement for that, too.

Health Canada has criticized the marketing of an “anxiety supplement” for teens, without recognizing the larger problem involved; the poor regulations and lack of safety and efficacy data for this, and many other supplements sold. 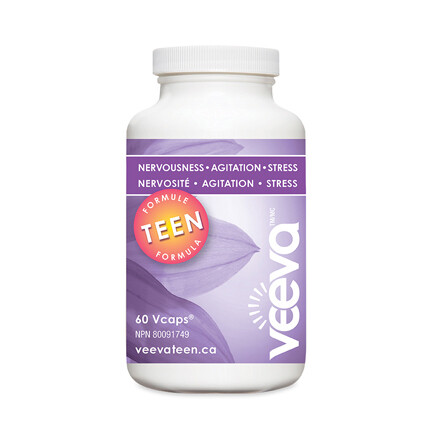 While health regulations are seemingly created to protect consumers, governments may prioritize a company’s desire to sell a product, over a consumer’s right to a marketplace with safe, effective products. Nowhere is this more the case than in Canada and the United States, where similar regulatory approaches have led to enormous boom in the supplement industry, but also a confusing marketplace for consumers where there is often little evidence to suggest that a given supplement might work.

While the FDA is forced to take a largely “hands off” approach to supplement regulation, as has been described in past posts, Canada took the opposite approach and licenses and approves dietary supplements. While this might be expected to improve the safety and quality of supplements, the opposite has been the case. Owing to a different, and much lower evidence standard, Health Canada has approved hundreds of “natural health products” including placebos like homeopathy which are deemed “safe and effective”. Health Canada will even allow references to homeopathy textbooks written in the 1800s as “evidence” of a product’s efficacy. Unlike drug products, there is no requirement for licensed supplements, termed “natural health products” to be actually tested in clinical trials.

Health Canada’s regulatory scheme has come into criticism again because it recently approved a supplement for teenagers, called Veeva Teen, which is being marketed as a treatment for anxiety. The CBC notes:

A new natural health product aimed at teens may be marketing itself as a treatment for anxiety, counter to Health Canada guidelines.

The federal department is investigating the advertising for Veeva Teen, an herbal supplement it approved for sale in April to treat “nervousness and/or restlessness.” Under Health Canada rules the product cannot be marketed as a treatment for anxiety.

Veeva Teen’s promotional materials claim it is the first product of its kind for teens that’s licensed by Health Canada “for the relief of nervousness and agitation due to mental stress … all without any scary side-effects.”

The product’s website had said, “Veeva Teen has been professionally formulated as a powerful blend of botanicals, minerals and vitamins to help teens suffering from anxiety.” The word “anxiety” was removed some time after 6 ET on Friday, and one day after CBC News spoke with Veeva’s founder.

The product is approved for nervousness/stress but not for anxiety. Confused? It’s a consequence of Health Canada’s regulatory scheme and the confusing way they try to apply standards to these products.

Is there anything Health Canada won’t approve?

Health Canada’s absurdly low evidence standard was elegantly demonstrated by the television show CBC Marketplace back in 2015. They decided to test Health Canada’s own licensing process. They applied for approval to market a homeopathic remedy they named “Nighton” (an anagram of “nothing”) to be used to treat fever and pain in infants and children. For evidence, they submitted a few pages photocopied from an old homeopathy textbook. No trials were conducted and no safety data was provided. Just some forms, a few photocopies and a fee. Without any questions, their product was approved and licensed as a “natural health product”, and for a time, was listed in the national database of health products Health Canada declared were “safe, effective, and of high quality.”

In the case of Veeva Teen, Health Canada is defending its approval, but stating that problem is the marketing – not the fact that they have approved a supplement for teenagers:

In an email to CBC News, Health Canada said it “approved specific claims for this product, including ‘to help relieve nervousness and/or restlessness’ but not to help relieve anxiety.”

It said it is looking into Veeva Teen and will ask the company to take corrective action if it finds any non-compliance.

So let’s take a closer look at Veeva Teen, the ingredients, and the evidence.

The manufacturer makes specific statements about each ingredient which I’ve quoted below from this table. To check the evidence, I consulted the Natural Medicines Database, a widely-used reference on natural products.

There is no published evidence establishing the efficacy of linden for any use.

Considered “possibly safe” when used orally and short-term. For anxiety it is considered “possibly effective” at a dose of passionflower extract 400mg twice daily, based on this trial which I couldn’t track down. There is no information in the abstract to suggest it has been studied in teenagers.

Magnesium is safe when used orally at low doses. There is no published information to suggest that magnesium supplements can help with fatigue or physical relaxation, especially in the absence of any deficiency.

Zinc is safe to take at this low dose. There is no evidence that zinc supplementation will help with hair, skin, nails or immunity as a supplement or in the absence of any deficiency.

Vitamin B6 supplements effectively treat B6 deficiency, which is rare. There is no proven benefit in the absence of deficiency. The recommended dietary allowance (RDA) for teenagers is 1mg-1.3mg, so why such a large dose is in this supplement is unclear.

Deficiency of B12 is rare in those that eat a varied diet. Strict vegans/vegetarians, for example, need supplemental B12. Routine supplementation is otherwise unnecessary.

The bottom line here is neatly summarized by 16-year-old teenager and mental health advocate Erin Kendall whose criticisms are quoted by the CBC:

Kendal has been on prescription medication since she was 13 and says she worries that there haven’t been any clinical trials to support Veeva Teen’s claims — something Health Canada does not require for natural health products.

Kendal is also concerned there isn’t enough information about the scientific basis for the product’s claims, or about how it may interact with other medications.

Kendal thinks most teens won’t be able to distinguish between anxiety and the symptoms Veeva Teen says it can help.

“What I don’t love is that it does seem to be promoted as almost like a magic drug fix,” Kendal said.

Kendall seems to have more sense than Health Canada in recognizing that marketing an untested, unproven product to address mental health issues to teenagers is a problem. Casually marketing a supplement as a treatment for mental health may not only send the wrong message about the use of supplements and medicines, it could also lead to delays for teenagers who genuinely need real, effective mental health support. There is no question that being a teenager can be stressful, but is encouraging a supplement really the right approach? Especially when that supplement hasn’t even been shown to be effective?

There is a lack of evidence to show that Veeva Teen is effective for the treatment or prevention of anxiety, nervousness, stress, or any other mental condition. While some of the ingredients may be possibly effective based on very limited trials, this particular combination of ingredients has not been subject to any clinical trials that show it has any meaningful effects. While Health Canada sees the issue of Veeva Teen as a manufacturer marketing issue, it ignores the broader issue of a confusing and consumer-unfriendly regulatory scheme that approved Veeva Teen in the first place. Teenagers, and consumers more generally, deserve regulations that prioritize access to quality health products over a manufacturer’s desire to sell a supplement for every circumstance – evidence be damned.