NextCAM and Fibromyalgia
Science and the Media

Is Francis Collins Bringing Sexy Back To Science? 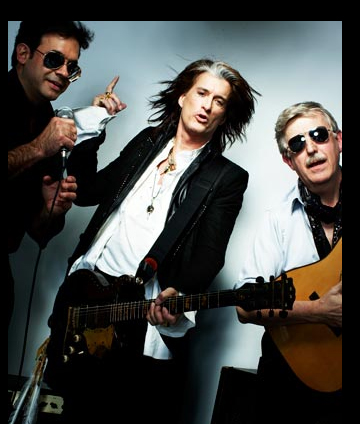 I know. I was just as surprised as you are. Dr. Francis Collins, former director of the Human Genome Project, author of The Language Of God, and new director of the National Institutes of Health performed live in front of a group of Washington locals at the Capitol building today. He actually jammed with Aerosmith’s Joe Perry in an “unplugged” performance of Bob Dylan’s, “The Times They Are A Changin’.” This is not the kind of thing one expects in the hallowed halls of the Capitol building. But maybe it’s time to expect the unexpected?

I’ve spent some time on this blog wondering about the difference between being “right” and being “influential” – and how to combat the Jenny McCarthyism that is misleading Americans about their health. I’ve argued that we need to find a way to rekindle the public’s interest in good science, and learn to speak to folks in a way that is captivating and respectful. I guess that some of our peers are engaged in a rebranding of science.

I happened to have my reporter’s microphone with me in the audience so I recorded the song. The vocalist is Dr. Collins, Joe Perry does a guitar solo near the end, and Dr. Rudy Tanzi is on harmonica. The sound quality is… well… it’s what you’d expect from a hand-held microphone. But it’s worth a listen, just to get to know our new NIH director a little better!

Go to the audio player here. 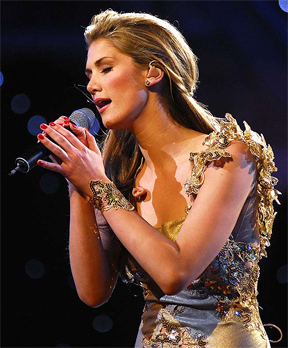 Go to the audio player here.

A few things struck me about the event. First of all, Francis Collins is more of a “firecracker” than I expected. I read and reviewed his book recently, and his vivacious personality did not come through in its pages as well as it did on the stage with Joe Perry. He’s a fun-loving guy, a serious scientist, and very committed to advancing research and encouraging young people to rekindle their interest in discovery. That’s all very good news for America.

Secondly, I was touched by Joe Perry’s story about wanting to be a marine biologist when he grew up. Apparently he had a learning disability of some sort that was not addressed in school. For that reason, his test scores suffered and he looked for ways to excel outside of the classroom. His bright mind discovered an immediate affinity for music, and he poured himself into a career as a rocker. He still yearns for the ocean, though, and is a certified diver. As I looked at Joe, I kept thinking – my gosh, he might have been the next Jacques Cousteau if he had more help in school. But brilliance finds its own way to flourish – and Aerosmith became his outlet instead.

Thirdly, I realized that there are in fact a few congressmen with their heads screwed on straight when it comes to science. I had almost lost hope after watching video footage of Tom Harkin instructing scientists to validate his opinions rather than test whether or not certain things were true. Yikes. But the three co-chairs of the congressional biomedical research caucus, Reps Brian Bilbray, Mike Castle, and Rush Holt, seemed to truly understand some of the issues facing the advancement of medical research – and are determined to move America forward.

And finally, I noted that there wasn’t a single female or minority “rock star scientist” in the program. That made me a little bit sad. Are we really that rare? I guess we still have a long way to go on that front… And since Dr. Collins mentioned that only 15% of US students are enrolled in science or engineering bachelors’ programs (compare that to 50% in China or 75% in India) we are soon going to be playing catch up with the rest of the world in terms of scientific discovery.

So we’ve got our work cut out for us folks – with our youth’s waning interest in science education, the excessive red tape that is slowing down the process of producing cures, and the public getting their medical advice from the likes of Jenny McCarthy, there has never been a more important time to restore science to its rightful place.

Maybe Francis Collins is going to “bring sexy back” to science?

Do you think that science needs a public rebranding effort?