Fill it to the rim? Please don’t. 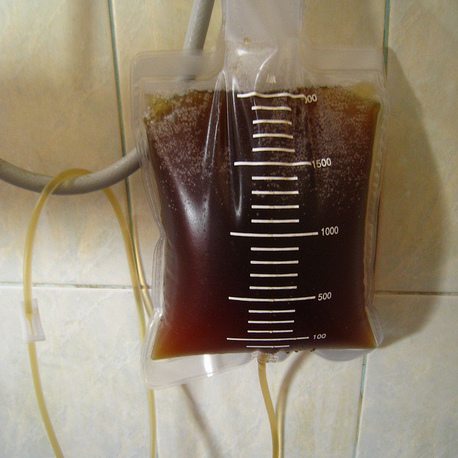 Owing to a busy schedule, today’s post is a “best of” from way back in 2013. Nothing has changed, and coffee enemas are still hot. Err…still popular.

It might not occur to you, sipping your morning coffee, that you could derive tremendous health benefits by simply shooting that coffee directly into your rectum. Yet many people believe this. Suzy Cohen, who calls herself, “America’s Pharmacist™” and also “America’s Most Trusted Pharmacist®” is a proponent. Her syndicated column Ask the Pharmacist contained this question and response:

There is no credible evidence to suggest that coffee enemas can help with insomnia and cognitive problems. In fact, caffeine is absorbed by the colon when coffee is administered as an enema, so it is a poor option for insomnia. The idea that you are contaminated with parasites or candida are just that – ideas. While alternative practitioners believe these conditions are widespread in the population, there is no scientific evidence to suggest this. There is no reason to treat conditions which do not exist.

Coffee enemas have their roots as part of the “Gerson Treatment” for cancer, developed by physician Max Gerson in the 1940s. His regimen included coffee enemas, supplements, juice, and injections of calves’ liver. The approach has been investigated and been shown to be useless for the treatment of cancer.

Some proponents of coffee enemas believe that the chemical components of coffee stimulate liver and gall bladder function. There is no credible evidence to suggest this occurs, or that it is necessary. Your liver and gallbladder don’t need an enema in order to work effectively. There is no evidence to suggest that you need to boost your liver’s production of glutathione with enemas. You may in fact be boosting your glutathione already, if you’re a coffee drinker.

I’m very sorry to hear about your chronic fatigue and fibromyalgia. Science-based medicine lacks a good understanding of this illness, and there is a lack of effective treatments. Unfortunately, that can make patients with these illnesses targets to those that profess certainty and offer dubious and unproven treatments, like coffee enemas. A decision to undergo any treatment needs to consider the risk and benefits, and treatments need to be investigated to determine if the benefits outweigh the risks. With coffee enemas, the evidence is clear. Given the lack of benefit and potential harms, there is no plausible justification to undergo these treatments. You should ignore any medical advice from anyone that recommends coffee enemas to you.