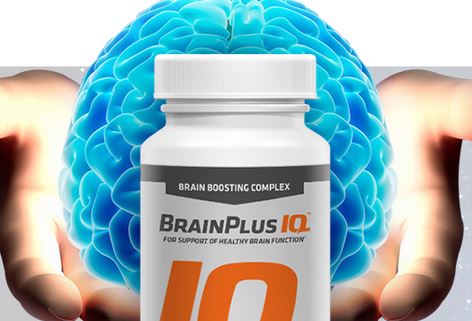 BrainPlus IQ: If it turns your brain blue, consult a doctor.

I got an email urging me to check out a wonderful new product that boosts brain performance: it “doubles IQ, skyrockets energy levels, and connects areas of the brain not previously connected.” It is BrainPlus IQ, a dietary supplement that falls into the category of nootropics, substances that enhance cognition and memory. After looking into it, my first thought was that if it doubles your IQ you might become smart enough to realize you have been scammed. The advertising for this product is as reprehensible as anything I have seen (and I have seen a lot).

The link in the email was to a “Discovery” website article titled “Anderson Cooper: Stephen Hawking Predicts, “This Pill Will Change Humanity” and It’s What I Credit My $20 Million Net Worth To.” According to the article, Stephen Hawking said his brain is sharper than ever because he uses BrainPlus IQ. It quotes Denzel Washington, saying he gave a speech at a science convention (unnamed) in New York City, saying BrainPlus IQ enabled him to memorize movie lines after reading them just once. He brought to the stage MIT scientist Peter Molnar, who said he had tested BrainPlus IQ against Adderall in 1,000 patients and found it was 600% more effective and subjects doubled their IQ in 10 days. It has “absolutely no harmful ingredients, it’s non-addictive, and 79% of participants double their IQ within 24 hours.” It was supposedly described as “Viagra for the brain” in Forbes magazine.

Men benefit more because of the ingredients’ reaction to a specific gene in the male brain. It helps men “effortlessly attract and seduce beautiful women with their new found quick wit and charm.”

There is a link to a Dr. Oz show with a picture of a bottle of BrainPlus IQ. I watched the video. Nowhere does Dr. Oz mention any specific product. He talks about nootropics in general and shows how they work with a silly, irrelevant demonstration showing that a single audience member’s speed in solving a simple jigsaw puzzle is enhanced when two other audience members help her. Duh!

An image of a Forbes article is a doctored image replacing the words “Brain Storm Elite” with BrainPlus IQ, and the original Brain Storm Elite article was exposed by Forbes as a fake. They reference “over 2,000 trials” at the Nottingham Clinical Trials Unit. Those trials are not mentioned anywhere else. There is nothing in PubMed about them, and there is nothing in PubMed about Peter Molnar’s test where he allegedly compared BrainPlus IQ to Adderall. I couldn’t find any evidence that the product had ever actually been tested.

There is an altered Time magazine cover with Tiger Woods quoting his alleged testimonial for the product. The real Time cover can be seen here.

There is a “CNN Breaking News” screenshot that says “GOVERNMENT IN FRENZY OVER PILL THAT DOUBLES IQ” and says it’s only a matter of time before the government bans it. It is a complete fake.

And of course there is a link where you can purchase it. The article warns that stocks are running out and you should purchase some right away. At the bottom of the page there are 21 testimonials, each with the odd notation “Verified Real.”

Steven Novella has written about “The PIED Piper of Nootropics” showing that brain enhancing drugs are being abused and hyped without adequate evidence. The ingredients of BrainPlus IQ are acetyl-L-Carnitine, Ginkgo Biloba, Phosphatidylserine, St John’s Wort, Bacopa Monnier, Glutamine, DMAE, and Vinpocetine. As the Supplementcritique website succinctly explains, “There isn’t a whole lot of credible research on most of these supplements,” the company doesn’t disclose the amounts of each ingredient, and it’s highly unlikely that they’re using clinically tested amounts. Curiously, the BioTrim company’s own website doesn’t even list it among its six top products, which include Cambogia, Nitric Max Muscle, Pure Life Cleanse, Acai Ultra, Anabolic RX24 testosterone booster, and pure green coffee extract.

Conclusion: you would be smarter not to buy it

There is little evidence that any of the ingredients boost cognitive abilities, and there is no evidence that this particular combination of ingredients does anything. It has not been tested. They are deliberately lying, fabricating images, making up fake news stories, and attributing to celebrities things they never said. This goes far beyond hype to intentional deception. It is truly despicable.