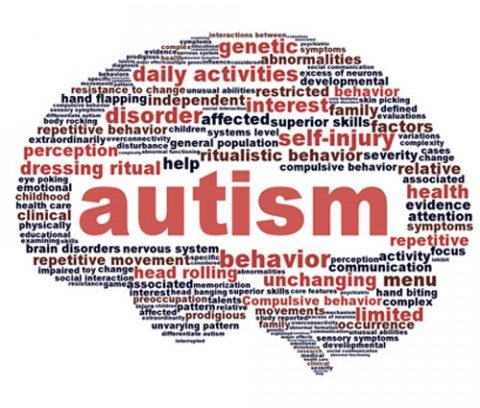 That there is an “autism epidemic” is taken as a given by those who feel autism has a dominant environmental cause. The Age of Autism blog, for example, bills itself as a, “Daily Web Newspaper of the Autism Epidemic.” The term “epidemic” also implies an environmental factor, such as an infection.

The epidemiology of autism and autism spectrum disorder (ASD) has never supported the conclusion that there is an autism epidemic. There is no doubt that the number of autism diagnoses has increased in the last two decades, but the evidence strongly suggests this increase in an artifact of how autism diagnoses are made, and not representative of a true increase.

Adding to this data, a newly published study looks at autism and ASD prevalence worldwide: “The epidemiology and global burden of autism spectrum disorders“. They found:

In 2010 there were an estimated 52 million cases of ASDs, equating to a prevalence of 7.6 per 1000 or one in 132 persons. After accounting for methodological variations, there was no clear evidence of a change in prevalence for autistic disorder or other ASDs between 1990 and 2010. Worldwide, there was little regional variation in the prevalence of ASDs.

In 1990, according to this study, the prevalence was 7.5 per 1000 – not significantly different than 7.6 in 2010. How do we square this data with those from the CDC and other sources that imply an increase in the measured prevalence (whether real or artifact)? The CDC, for example, reports the US prevalence of ASD in 2000 as 1 in 150, and in 2010 as 1 in 68. The authors of the new study explain that using administrative data, such as reporting and special education needs, is highly problematic:

Our study aimed to overcome these limitations by capturing prevalence data from a range of sources that used comprehensive case-finding strategies and by using covariates to adjust for sources of systematic bias. After adjusting for variable study methodology, our models show that the prevalence of ASDs seems to have remained relatively stable over the past 20 years.

It’s always better to have rigorous and consistent study methodology up front, rather than correcting for such limitations with statistical adjustments at the back end. Every adjustment potentially adds a degree of freedom that itself can bias the outcome. However, when the study methods are variable you have no choice. I am not a statistician, so I cannot directly evaluate the methods used in this study. I leave that to other statisticians. So far, it has passed peer-review, and we’ll see how it holds up going forward.

No one study is ever definitive, but the results conform to other studies that have looked at autism prevalence or incidence and attempted to control for differences in methods of capturing diagnoses. A 2006 review by Taylor, for example, found:

The recorded prevalence of autism has increased considerably in recent years. This reflects greater recognition, with changes in diagnostic practice associated with more trained diagnosticians; broadening of diagnostic criteria to include a spectrum of disorder; a greater willingness by parents and educationalists to accept the label (in part because of entitlement to services); and better recording systems, among other factors.

In other words, several studies have found that there is increased surveillance for autism, a broadening of the diagnostic criteria, and an increased willingness to seek out and accept the diagnosis by parents and educators. Further, when you control for these variables, the adjusted autism prevalence is stable over time.

We identify birth and diagnostic clusters of autism in California that are independent of individual-level autism risk factors. Our findings implicate a causal relationship between neighborhood-level diagnostic resources and spatial patterns of autism incidence but do not rule out the possibility that environmental toxicants have also contributed to autism risk.

Such epidemiological studies are often appropriately cautious in their conclusions, stating that they cannot rule out other factors, such as environment or a real increase in the number of autism cases. Such studies, however, do not provide evidence for either a real increase or any environmental factors. Rather, autism diagnoses seem to correlate best with awareness of autism and resources for diagnosis and services.

This and other studies have also found that the increase in diagnoses occurs mainly among children who are higher functioning, meaning they have more subtle signs of autism, and not very much among lower functioning children with autism. This makes sense in the context of increased surveillance and broadened diagnostic criteria.

A relatively stable prevalence of autism also is consistent with independent lines of evidence, including recent evidence suggesting that the brain changes seen in autism occur within the womb. A prenatal onset of autism would eliminate any postnatal environmental factors. This is also consistent with the many studies that demonstrate that autism is dominantly a genetic disorder.

Finally, despite many premature claims and attempts to link autism to specific environmental factors (most notoriously vaccines), the evidence ultimately does not support any connection. It is easy to find spurious correlations when sifting through large data sets, as the graph below humorously illustrates. Most such correlations, however, do not pan out when looked at critically. This latest study showing a stable autism prevalence between 1990 and 2010 is in line with a consilience of scientific evidence showing that autism is mostly genetic, has its onset prenataly, and that the apparent increase in prevalence is largely due to diagnostic substitution, increased surveillance, greater acceptance, and broadening of the diagnostic criteria.

Given all of this it is still possible that there is a real increase hiding in the data, although it must be small. It is further possible that there are environmental risk factors that affect the development of autism. Increasing parental age has been suggested as a factor, and this deserves further study. At present, however, there is no data clearly pointing to any specific environmental factor.